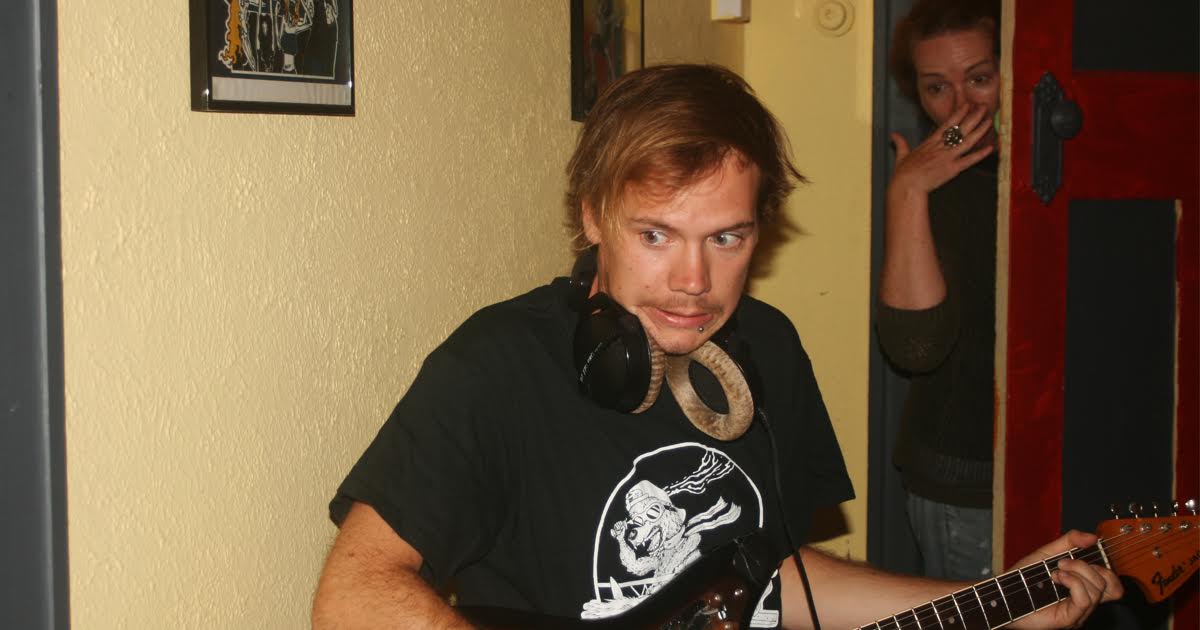 GLENDALE, Mo. — 14-year-old musician Andrew Neely was caught by his mother recording music alone in his bedroom earlier today, according to sources currently trying to get the image out of their head.

“He minimized GarageBand, tried to cover up his guitar, and yelled at me to get out, but I knew what he was doing,” said Nancy Neely, Andrew’s mother. “I just shut the door real quick and gave him time to finish saving the project. I just always thought he was so happy with his band. Why does he have to do… that?”

The Neelys implemented a house-wide “knock before entering” policy earlier this month after Neely’s sister, Jessica, entered his room and ruined a perfectly good take of a Leonard Cohen cover. Today, however, the young musician believed he was home alone, hoping the white-noise of televisions and conversation wouldn’t mess with his acoustics.

“Oh, God—it’s so embarrassing,” admitted Neely. “I don’t normally listen to Queen, but I was clicking around on Spotify and ‘News Of The World’ just popped on while I was recording. It’s just a phase, nothing serious. I’m still straight edge. I swear.”

While Neely claims he’s committed to his punk band, Catcher in the Sty, adolescent psychologist Dr. Richard Downs was not surprised by Neely’s venture into solo musical discovery.

“It’s perfectly natural. Even if they’re getting regular rehearsal time, kids are going to want to experiment with their sound,” said Dr. Downs. “They get curious, their tastes are growing, they find inspiration in places they didn’t before… they’re just trying to figure out what they like.”

One of Neely’s bandmates, who wished to remain anonymous, offered their support.

“We all do it. We’re just too embarrassed to talk about it,” his bandmate said. “Like, for me, I finger my autoharp to help me fall asleep.”

Despite the upsetting discovery, Mrs. Neely admitted she’s no stranger to men’s urges to occasionally hone their craft unassisted.

“Ugh, just like his father, Jim,” she said. “I guess being in a folk duo with me doesn’t scratch his creative itch, either. I caught him in the den just last night with his hand wrapped around the neck of his guitar!”

Mrs. Neely confirmed her husband will have a talk with their son tonight about the proper time and place to “branch out on your own.”