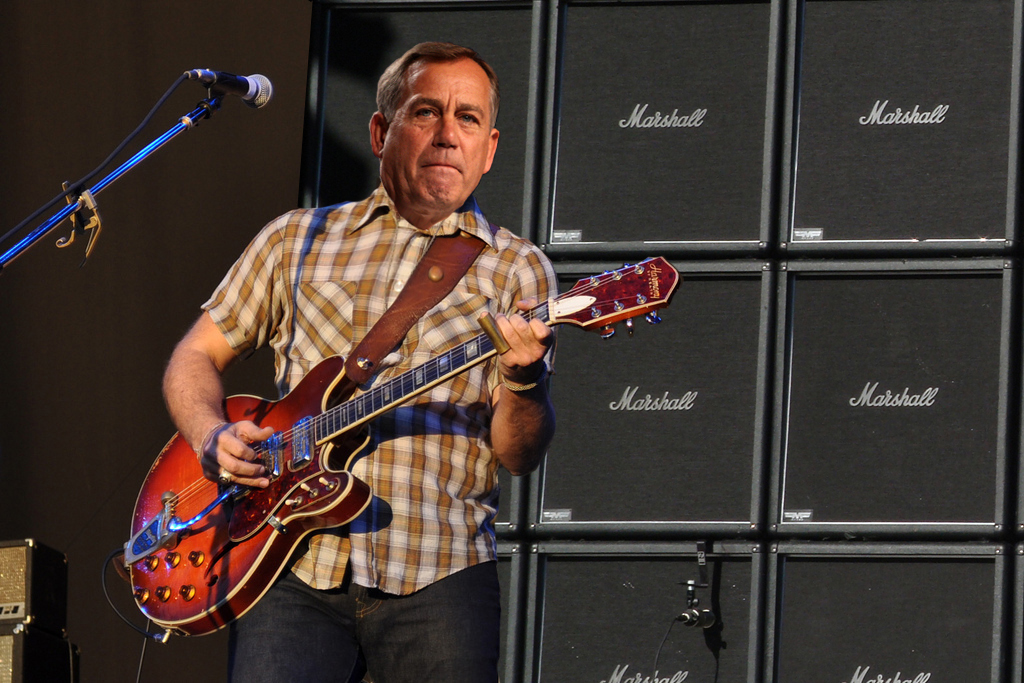 WASHINGTON – Under intense pressure from fans of his proto-punk band “Raging Boehners,” Speaker of the House John Boehner announced Friday he would resign from one of the most powerful positions in government and give up his House seat in October so he could better focus on preparing for the band’s reunion, new full-length album, and full U.S. tour.

“My first job as frontman of this band is to protect the integrity of the name ‘Raging Boehners’ and to make sure the original lineup is in tact,” said Boehner from the capitol building. “This morning I woke up, said my prayers as I always do, and tuned up the old six string.”

Boehner, an Ohio native, also announced One Life Crew as the supporting act on the upcoming tour, which will be hitting the punk reunion band festival circuit next month.