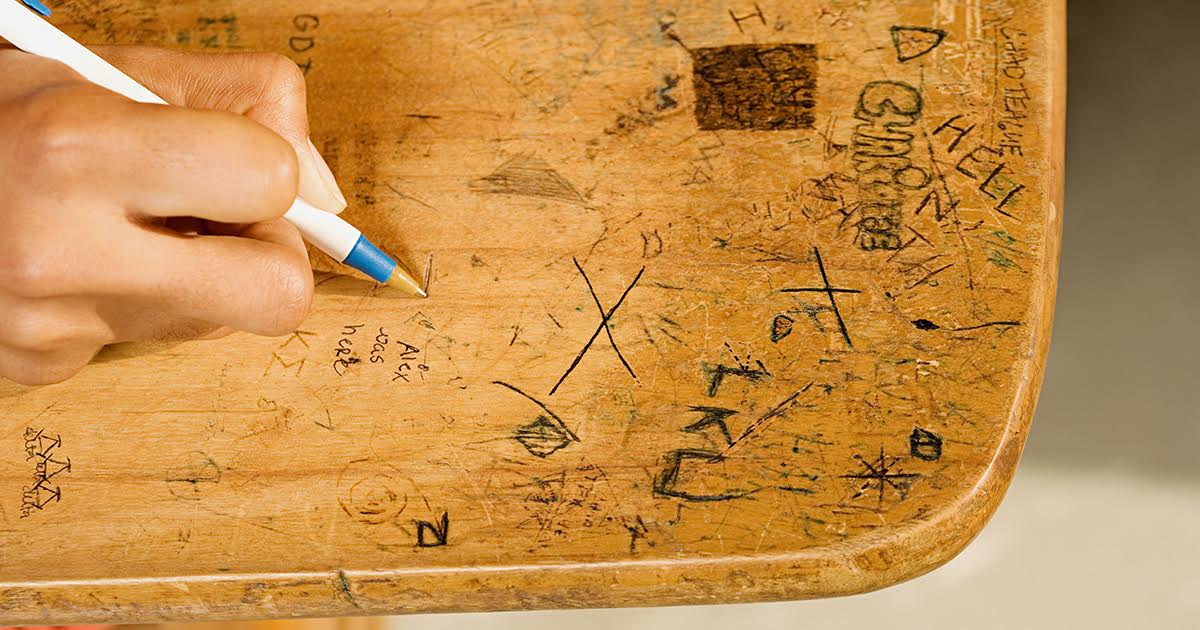 Sophomore and Buddhist Club president Emma Aldridge snuck a look at the desk, already vandalized with dozens of Stussy S’s and actual peace signs, before it was removed from the classroom.

“He didn’t even turn it the right way,” Aldridge said, looking at the symbols Wikipedia page. “Like, that’s literally the only real defining difference, and he didn’t even do that right. The symbol is so much more problematic than the entirety of the Nazi party — it represents the Nazi party and shit, as opposed to just actually, like, you know, discussing the history of them.”

While holding a school-wide assembly to discuss the incident, principal Gerry Wallace found himself in hot water when he used the “N”-word to demonstrate what can’t and shouldn’t be re-appropriated.

“It was an example,” Principal Wallace said in a statement from his office. “As people progressing toward a brighter and purer future, I needed my students to know that saying and doing these things is not okay, and should not be tolerated. ”

Church, while caught off guard, sympathized with his principal.

“It’s time we reclaim it all,” said Church in a Skype interview from his bedroom. “For far too long, we’ve cast taboos on things we’re just afraid to talk about. As a white person, I feel I have to use my social power and privilege to use these symbols to acclimate those who fear them.”

Despite the outcry, Church stands by his controversial graffiti.

“If anything, they’re the racists,” said Church. “Teachers, you know, man? They have no idea what context is. It’s not my fault they associated this ancient Buddhist symbol with a few bad apples.”