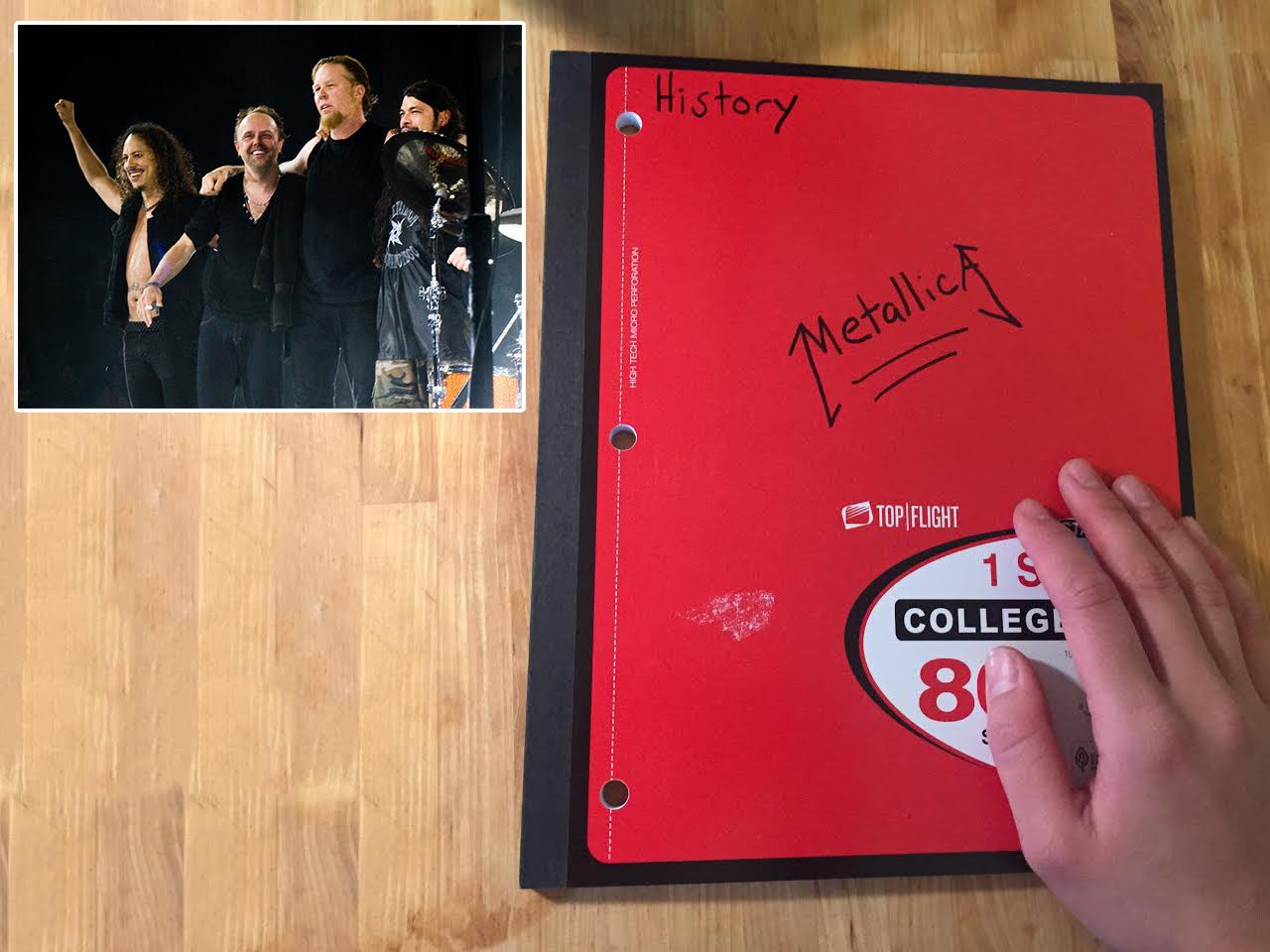 CHIPPEWA FALLS, Wis. – A team of high-powered attorneys representing the interests of seminal metal act Metallica filed the necessary paperwork late last week to sue a Wisconsin 8th grade student over a hand-drawn version of their iconic logo on the front of his history notebook.

The case against 13-year-old Willy Yang was filed after the band discovered a photo of the notebook in question on Yang‘s Instagram account with the caption “No one listens to REAL music anymore #metallica #entersandman #boredatschool.”

“We’ve been keeping on eye on Mr. Yang for quite some time,” said Metallica drummer Lars Ulrich in prepared remarks. “He knows he looks like an innocent little kid and he uses that to his advantage. But this isn’t the first time he has infringed on Metallica’s intellectual property. Just last month he used some of our lyrics in an essay about Ernest Hemingway. This shows a pattern of plagiarism and disrespect for U.S. copyright law, and we will seek damages.”

Donna Yang, the mother of the defendant, claimed she had warned her son about the dangers of becoming a Metallica fan.

“We thought we did everything right. We only bought overpriced merchandise from Metallica’s official web store for Willy; we would never buy their albums from independent record stores because we feared they were bootlegged,” said Ms. Yang from her home office. “I knew eventually they would sue us… I just didn’t know when.”

Metallica bassist Rob Trujillo defended the band’s lawsuit after witnessing a similar situation while touring with Ozzy Osbourne in the early 00’s. “I’d see this kinda stuff happen with Ozzy all the time,” said Trujillo. “It starts with one notebook, and soon enough, kids are drawing these logos on their pencil cases and trapper keepers. It’s a slippery slope and before you know it, there’s no more Ozzfest.”

Trujillo added, “This is a business, and it is about time these middle school children learn that mindless doodling has severe consequences.”

Twitter has been on fire, with critics flooding to the social media platform to voice their disapproval. Members of Metallica are tweeting back to some fans, arguing that the lawsuit was a legitimate way of protecting their brand.

“The name ‘Metallica’ has been something we‘ve been very proud of since I stole the idea from my friend Ron back in ‘81,” Ulrich tweeted.