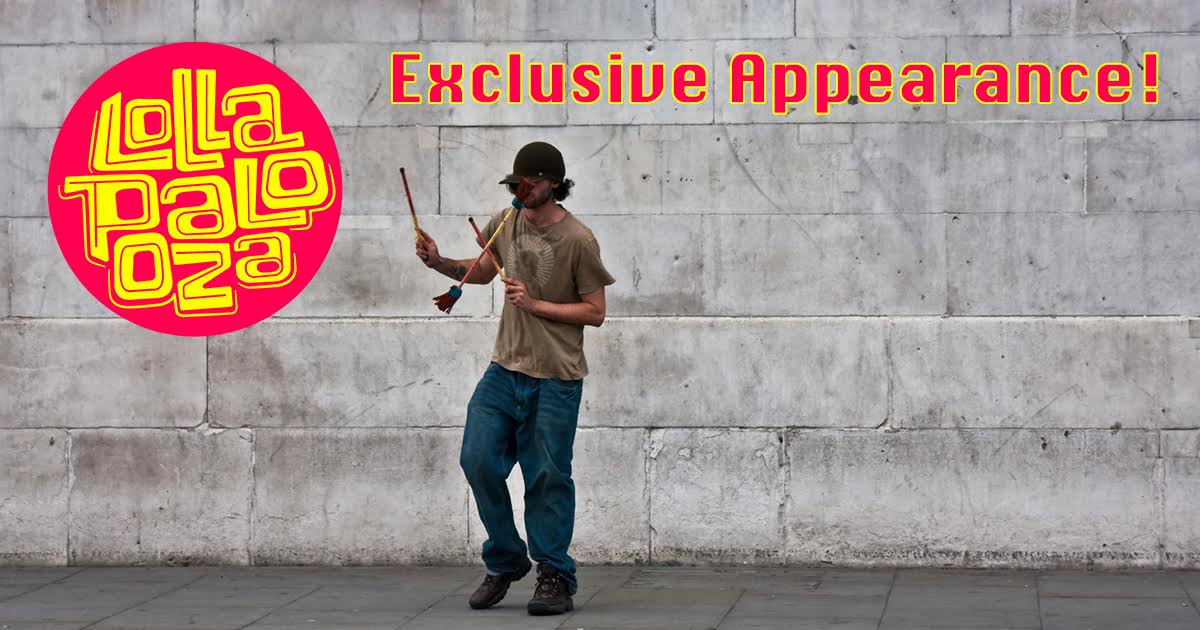 CHICAGO — “Guy with Devil Sticks” has been added to this year’s Lollapalooza audience lineup, ending a live performance hiatus lasting well over a decade, according to a statement made earlier today by festival organizers.

“Guy with Devil Sticks” was a staple at music festivals throughout the late ’90s and early ’00s. However, he had been noticeably absent since one last appearance at All Points West in 2005, leaving lesser acts like “Vape Tricks Guy” to fill the void.

“Times and trends have changed,” said “Guy with Devil Sticks,” showing off his custom-made baton and sidesticks. “And, to be honest, I felt people weren’t taking my craft seriously. I mean, Woodstock ’99, I was swimming in ladies, and I didn’t pay for a goo-ball the entire ’03 Phish Summer Tour. But, something changed. People started looking at devil sticks like they were a joke, and a lot of self doubt crept in.”

According to “Guy with Devil Sticks,” he spent a number of years lost, looking for other hobbies to perform alone in a park.

“At my lowest point, I found myself juggling bowling pins. I finally looked at myself in the mirror and said, ‘You are not a circus sideshow. You are an unmatched athlete,’” said “Guy with Devil Sticks.” “It’s great to get back out there and show people what they’ve missed.”

“People are interested in nostalgia acts,” said Lollapalooza curator Perry Farrell. “We reached out to ‘Guy with Devil Sticks’ and were thrilled to coax him out of retirement. I can’t give too many details, but we’re also in early negotiations with ‘White Chick with Dreads Spinning in Circles’ and ‘Barefoot Guy with Disgusting, Bloody Feet.’ You don’t want to miss it.”

“Oh, my god — I saw ‘Guy with Devil Sticks’ at the very first Coachella in ’99,” said fan Gary Newstead. “He blocked my view of first half the Chemical Brothers set until one of his batons cracked this big dude in the head.”

Reports from the “Guy with Devil Sticks” confirm he intends to perform his “Flaming Batons Until Drunk Guy Gets Too Close” routine in its entirety.