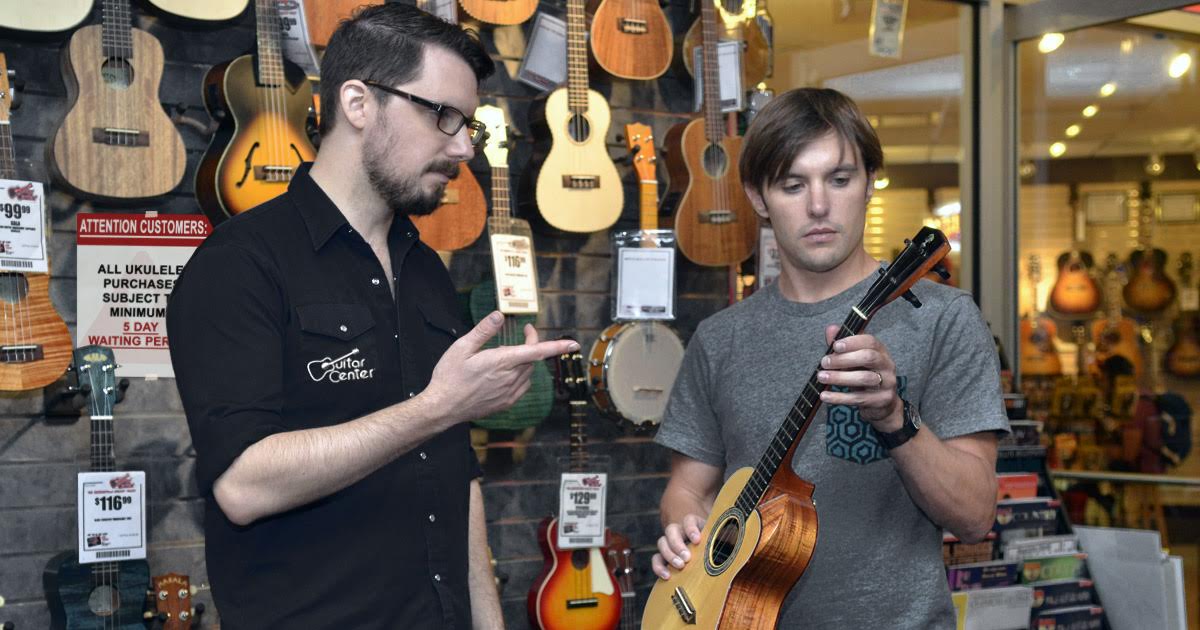 The statement, released by CEO Ron Japinga, confirmed that purchase of any type of ukulele will be contingent on a background check run by both the FBI and Spotify.

“We are trying to do our part to limit the amount of insufferable assholes in the country,” said Japinga. “We in no way are trying to silence the artistic expression of responsible, patriotic, Godsmack-fearing ukulele owners. Stripped-down reggae is an essential pillar of this country. However, the increased prevalence of all-ukulele open mic nights can no longer be ignored.”

The policy change is not without controversy, as both sides of the ukulele issue are sounding off in droves.

“Look, it’s a different time we’re living in now,” reasoned music columnist Rick Malme. “When ukuleles first came out, the technology was limited. If a dude pulled one out at a party to entertain family, that was fine — it was contained to a single house. Now, with Facebook Live and YouTube, the devastation of a single 311 cover can spread to thousands of people in an instant. Ukulegislation must adapt to the changing technology, and I applaud Guitar Center for starting the conversation.”

Trevor Topherson, president of the Worldwide Ukulele Society, took to social media to voice his complaints.

“We here at WUS are disgusted by Guitar Center’s trampling on the freedom of musical expression. The right to ukulele ownership was passed down from our stepfathers,” declared Topherson. “Mr. Japinga, let me be clear: You can take my K-1 T6 Koa 6-string tenor when you pry it from my double-layer cotton canvas tote bag.”

According to historians, the classic Hawaiian instrument has been a cornerstone for passionate debate ever since its debut.

“It’s a sensitive issue… it really is. On the one hand, there are people out there who genuinely enjoy ukuleles as a hobby and just want to have fun without hurting anybody,” said amatuer ukulele researcher Janice Wilson. “And it is true that self-absorbed, arrogant, semi-attractive pricks will sing Jason Mraz with or without legal access to a ukulele. But we can’t ignore what’s going on in the country right now.”

“Israel Kamakawiwoʻole did not die for us to face this injustice,” said Topherson. “Plus, all of our moms are lawyers, so we’re definitely gonna fight this thing.”