‘Groupie’ Just Trying to Get Laid In General, Not By Band Member Specifically 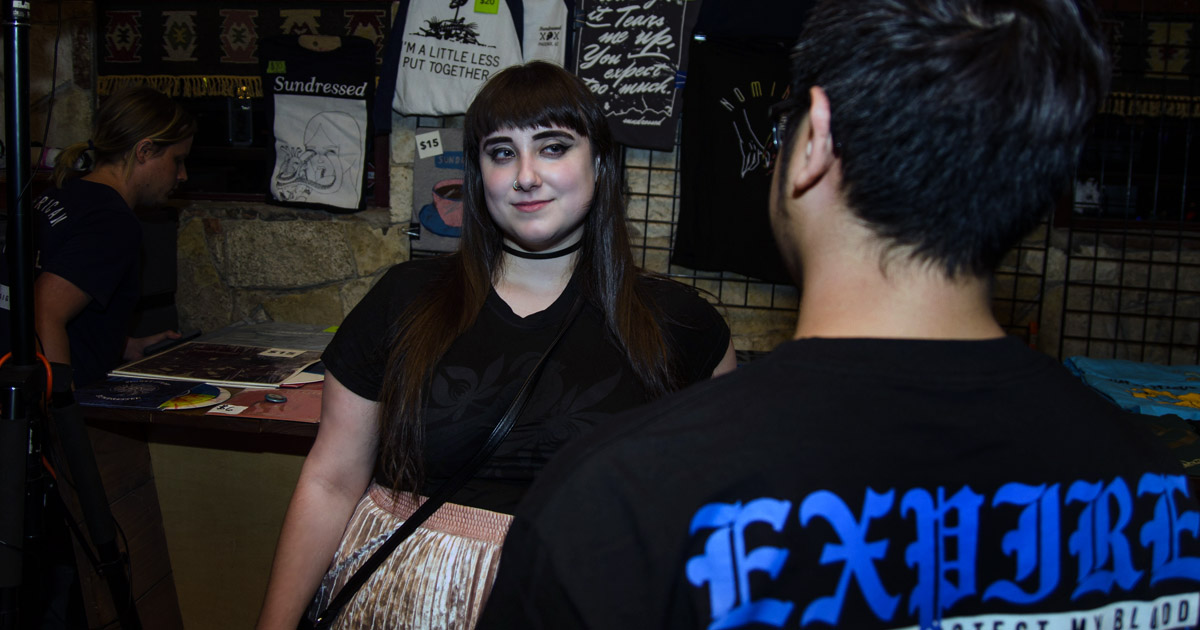 According to Crossman, the slanderous label first came about last week. “I was on the rebound,” Crossman said. “My friend Lauren’s band was playing at this basement show, and she convinced me to ‘get myself back out there,’ so I decided to go.”

The evening took a turn when Crossman engaged in what seemed to be innocent small talk with a man who approached her by the merch table.

“[Vinyl Skank bassist Brian Turner] was chatting with me, and I laughed at his jokes,” Crossman claimed. “I just really needed to get laid. I didn’t even know he was in a band until they went up 20 minutes later. I wish I hadn’t even wasted my time on him. By then, I’d really zeroed in on this hot dude with a camera.”

Crossman later found out that, since speaking with Turner, Vinyl Skank had termed her a “longtime fan” and “desperate groupie” after their short conversation.

“It could not be further from the truth,” Crossman said. “Like I said, the fact that he was in a band was really not a factor. He was just there in a moment of desperation. By the time he was explaining the patches on his jacket, I’d tuned out and had moved on.”

“As soon as she got there, she flirted with at least three other people at the show. That photographer guy, the merch guy with the bad haircut, and even the host’s mom, which was really off-putting. Eventually, she just took off alone and went home.”

“It feels good to get the truth out there,” Crossman said. “It just didn’t sit right with me for anyone to think I was there to see that band in particular. Believe me: nobody was.”