Line for Bathroom Silently Glares at Woman in Romper 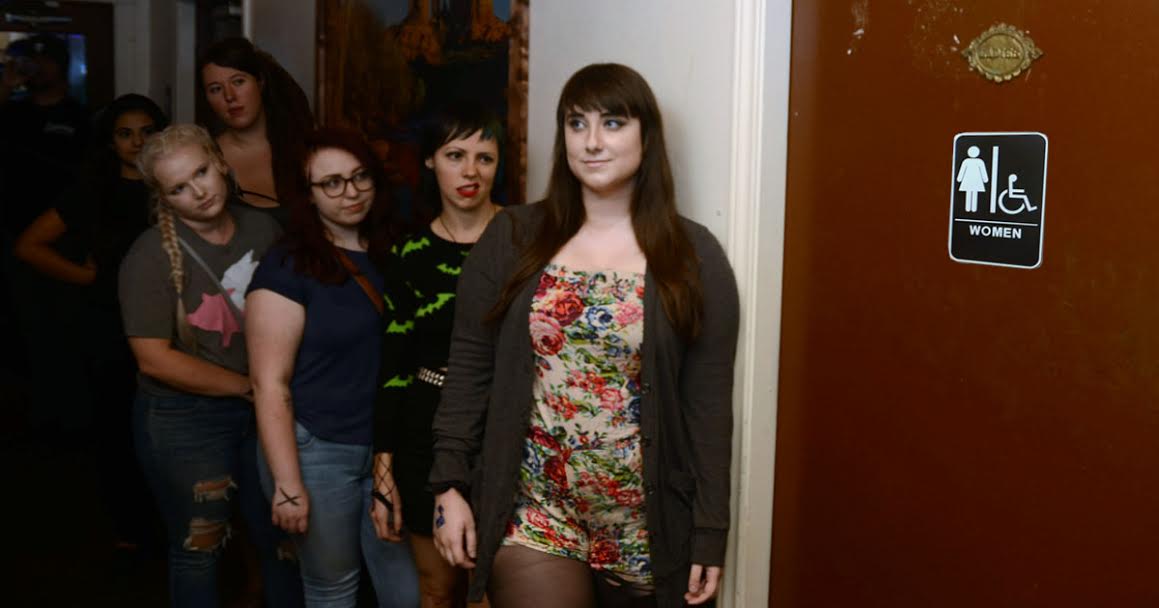 RICHMOND, Va. — Riley Tabul, dressed in a new, floral romper, is oblivious to the icy stares she’s receiving from everyone waiting in line for the bathroom, according to multiple frustrated sources.

Ana Rodriguez, a patron waiting for the last 15 minutes, openly worried Tabul’s choice of outfit could push Rodriguez past a critical point in bladder control.

“You have to understand, this is the only women’s room in the entire place. I’m still eight people away from getting my turn. And then you have romper girl up there, who’ll need 25 minutes just to take a piss,” said Rodriguez, tightly crossing her legs. “It’s even got one of those little fabric loops with a button up high on the back of her neck. You try putting that back on without a mirror! She could be in there for two days.”

Others in line echoed the sentiment.

“I might have to pee in the bushes outside because this girl wanted to look ‘cute.’ Rompers aren’t cute. They’re just dresses with built-in wedgies,” said Kim Paulson, even further back than Rodriguez. “By the time she’s done, this venue could be shut down, demolished, and have expensive condos built in its place.”

Reportedly, not everyone in attendance understood the animosity towards the young woman.

“Oh, hell yeah! She’s wearing one of those RompHims, but for girls,” said showgoer Skylar Hinchcup. “Me and the boys ordered some matching light-blue ones for when we go to Vegas in August. They’ve got a built-in fly and everything.”

Despite the negative feedback, Tabul remains confident as her turn for the bathroom quickly approaches.

“I just need to get in there and wash some gunk off my hands,” said Tabul. “I should be in and out in less than a minute, which is good. My friend’s band is almost done setting up.”