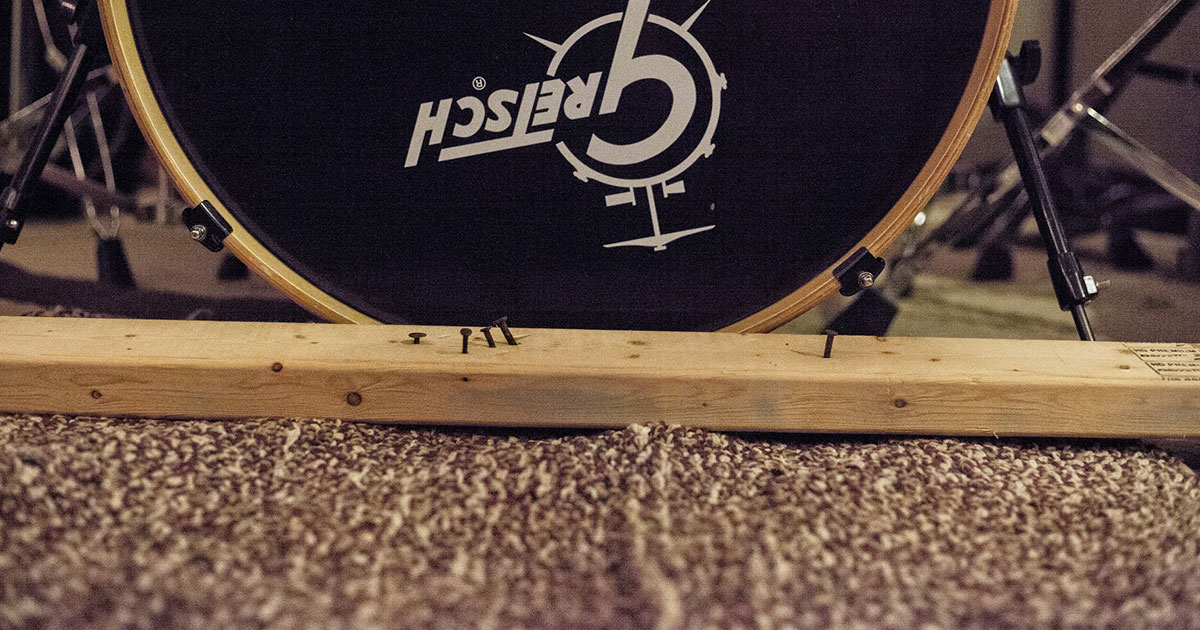 YOUNGSTOWN, Ohio — Drummer Andy Brewster of local punk band Burner Phone has allegedly ruined his mother’s “good rug” in trying to keep his kit from sliding during practice, according to increasingly frustrated reports from inside the suburban home.

“The weird, Navajo-looking rug is the only one in the house thick enough to catch kick spurs,” said Brewster of the asymmetrical, double-woven pine rug that once lived inside the family’s all-seasons room. “Jesus. People need to chill the fuck out.”

“Well, he’s really just kicking away on that one drum. Just boom, boom, boom — the threading is ripping right out,” said Tabby Brewster of her son and his Mapex Armory Series six-piece kit. “It’s my one halfway-decent rug, too. I got it at Home Goods two years ago, and everything there is seasonal, so it’s not like I can just go out and buy another one.”

Rug expert Jim Sandy, of Sandy’s Rug and Flooring, noted the double-woven pine rug is the preferred type of rug for keeping a kick drum steady, due to the rug’s tensile strength. “It’s just a great product,” he said. “A lot of people find themselves using an acrylic or nylon loop, and you’re just going to tear right through that in a day or two. And a silk-based rug? Don’t even get me started.”

Teddy Brewster, Andy’s father, believes this is all simply “a lack of respect” coming from his son. “We give him a roof over his head. We never ask for rent,” said Mr. Brewster. “And he repays us by taking part of a 2×4 from my garage and nailing it to the middle of the rug to keep his ‘kick from sliding everywhere.’ Frankly, it’s embarrassing.”

As of press time, there are no signs of peace from either side of the Brewster household, even though reports do show dozens of old rugs and carpet squares available in the Brewster attic.

“I just hope she doesn’t have another ‘freak out,’” said the youngest Brewster, referring to a June 2012 episode when he allegedly ruined his mother’s good eyeliner pencils before a local Battle of the Bands.