David Bowie Emerges From Grave, Ending His ‘Celebrity Who Died in 2016’ Character 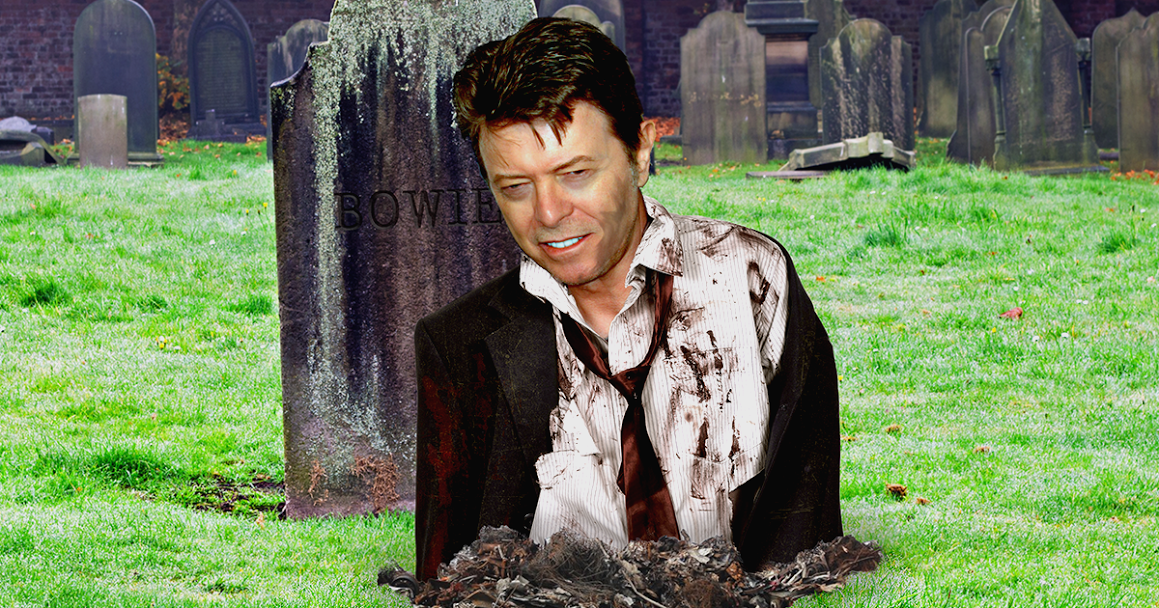 LONDON — David Bowie stunned millions of fans yesterday, emerging from the tomb in seemingly peak physical condition and ending his “Celebrity Who Died in 2016” character.

While many were shocked and thrilled by the iconic rock legend rising from the crypt, music critic and self-proclaimed Bowie expert Guile Westinson noted he anticipated the resurrection. “If this move surprises you, you don’t know the first thing about Bowie,” said Westinson. “As soon as I heard he had liver cancer, I said to myself, ‘This man is a genius.’ I’m just a little disappointed this character never actually released any music.”

Despite its massive popularity, Celebrity Who Died in 2016 marks the shortest tenure of any Bowie character to date — a fact Westinson attributed to the ever-increasing speed of pop culture.

“Bowie’s always known when a character has run its course. He killed off Ziggy Stardust just in time, and he knew dying in 2016 won’t be relevant by 2018, so he’s moving on,” Westinson added. “I can’t wait to see what he comes up with next.”

Longtime collaborator Tony Visconti offered some insight as to what inspired Bowie to die in the first place.

“He’s always been the perfect social chameleon. The only reason he died last year was because everyone was doing it. Prince did it, Leonard Cohen was working on it… If you weren’t dead in 2016, you were nobody,” said Visconti. “Like many other trends and fads before it, Bowie took it, redefined it, and made it his own.”

As details of Bowie’s next characterization have remained shrouded in trademark secrecy thus far, the rumor mill hasn’t stopped churning. One user on the Alladin Sane fan forum posited that Bowie is already recording a new concept album, Thanksgiving Pete and the Gobby Wobbies, a fictitious band that roams a cyberpunk dystopia preaching the gospel of rock’n’roll. So far, that claim is unsubstantiated.

Experts note that while Bowie is yet to settle on a new avatar for 2018, they predict the top-two contenders are either Ziggy Marvel Universe or the Thin White Kickstarter.