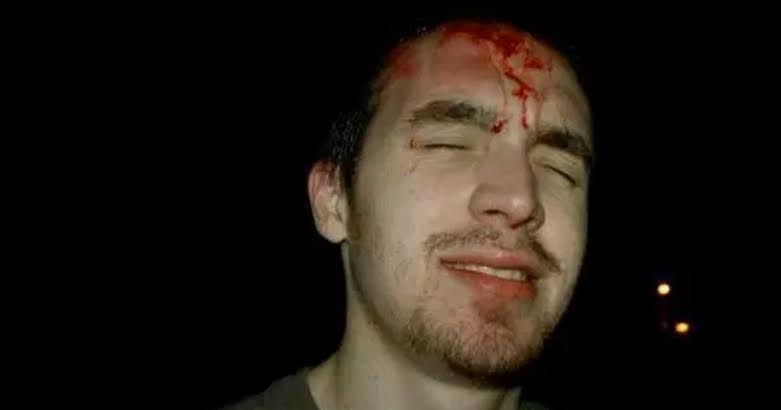 SAN JOSE, Calif. – In a solemn display of unity, punks from several nearby scenes gathered this weekend to plan the inevitable benefit show that will honor their reckless, soon-to-be-dead friend Adam “Blitzkrieg” Bitzman.

Currently, Bitzman is still in what many would call the prime of his life, enjoying a smorgasbord of narcotics and a steady stream of unprotected sex with anonymous partners. But the hard-drinking, hard-moshing punk, who grew up virtually feral, is clearly not long for this world.

“I love him, but the guy’s a maniac,” said Bitzman’s close friend and two-time blood donor Seth Lukin. “He jumped through a second story window on purpose when he was 14, just to see if he could make it. I think he petitioned to get emancipated when he was like 9. Such a fun guy though. It’ll be a bummer when he croaks.”

Planning for the benefit show began in earnest late last year, following Bitzman’s purchase of a used motorcycle. “We thought we could put it off a few more years at least, but after that we knew. We figured we better start booking bands now,” said another friend, Karen Mang. “We love him, that’s why we’re doing this. It’s not like it’s easy. I’ve got a lot on my plate right now with school, so I just hope he doesn’t kick the bucket during my midterms.”

Following the show, Lukin will take the urn containing Bitzman’s cremated remains to a nearby skate park, where prizes will be given to anyone who can stick a decent kickflip over it. “It’s what he would’ve wanted. Even though his kickflips sucked.”

As of now, friends confirm they have a time frame ironed out. “We’re planning for sometime right before his 30th birthday. He’s definitely not going to make it; the guy bleeds during every one of his band’s sets.”

Proceeds from the show will go to Bitzman’s soon-to-be-bereaved mother, who has seen this moment coming for well over a decade.

Though Bitzman himself was invited to join the planning and have a say in his changeover to the great beyond, he declined, still blissfully unaware of his own mortality. “Haha, very funny. Screw you guys!” he texted, drunk, from his motorcycle, on the I-5. “See you at the show tomorrow ni…”