Andrew W.K. to Be First Presidential Candidate to Run for All Parties in 2020 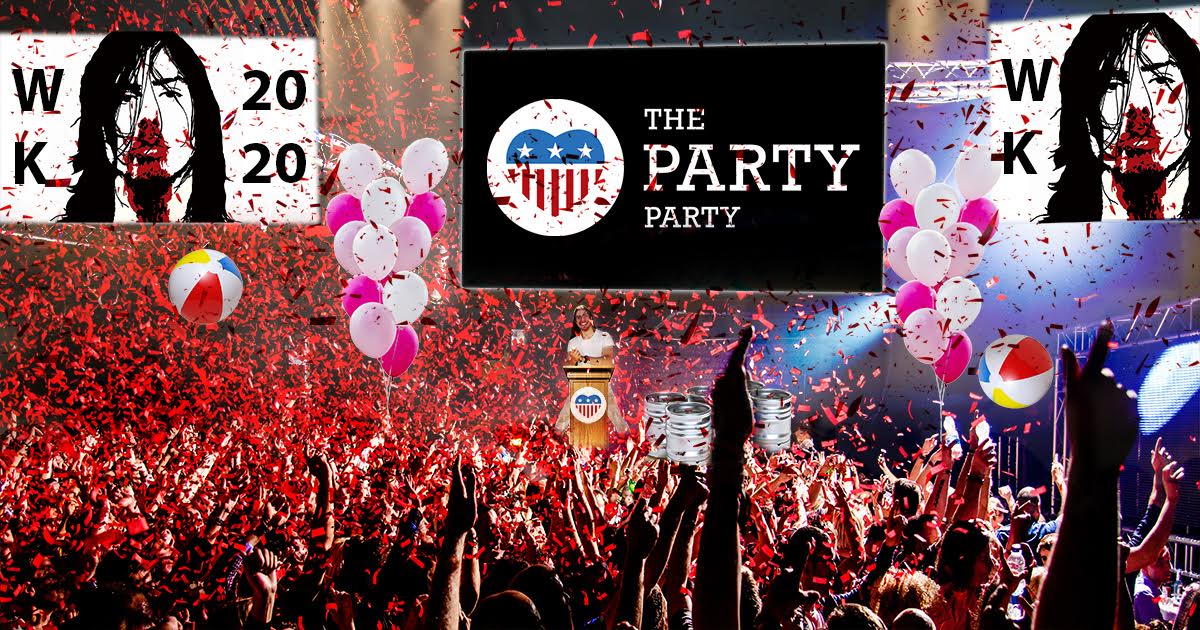 NEW YORK — Andrew “W.K.” Wilkes-Krier will run for the U.S. presidency in 2020 as a representative of all parties, his campaign strategist confirmed earlier today.

“Party party party party, party; the party!” an enthused W.K. said, launching open soda cans into a crowd of onlookers. “This isn’t about politics: it’s about basic party-nomics! This country is ready to party harder than ever before, and everyone’s invited. As long as your partying doesn’t interfere with others’ ability to party, I say: party!”

“Divided we stand, but united we party,” he continued. “PARTY!!!”

“Yeah, I’m sorry, but I just don’t get this guy. Do you think our military will want to party with North Korea if they attack us? Because I sure don’t,” said Fox News anchor Shepard Smith. “This guy is just another gimmick trying to weasel his way into the political sphere.”

The announcement thrusts W.K. into the growing pool of potential candidates, including Joe Biden, Mark Zuckerberg, and Dwayne “the Rock” Johnson. Many candidates are already concerned about W.K.’s potential impact.

“The Rock thought the Rock had the Republican Party pinned down. The Rock IS the people’s champion,” said Johnson shortly after the announcement. “But the Rock knows the right wing will struggle to resist a blatantly German last name like Krier.”

However, many smaller parties showed overwhelming support for W.K.’s candidacy.

“Quite frankly, we are proud that someone that anyone has heard of is campaigning for us,” said Gertie Gunswaggler VIII, captain of the U.S. Pirate Party, staring off into the distance. “Anyone at all. Shiver me timbers!”

Meanwhile, in an unexpected twist in what is already shaping up to be an historic election cycle, W.K.’s mother, Wendy Wilkes, seemed to confirm suspicions that there is more than one Andrew W.K.

“Heck, there’s so many of the darned hooligans, they can honestly represent all of the political parties at once,” said Wilkes. “As I’ve said before, until that hunk from Walker, Texas Ranger runs, my little hellions have my vote.”