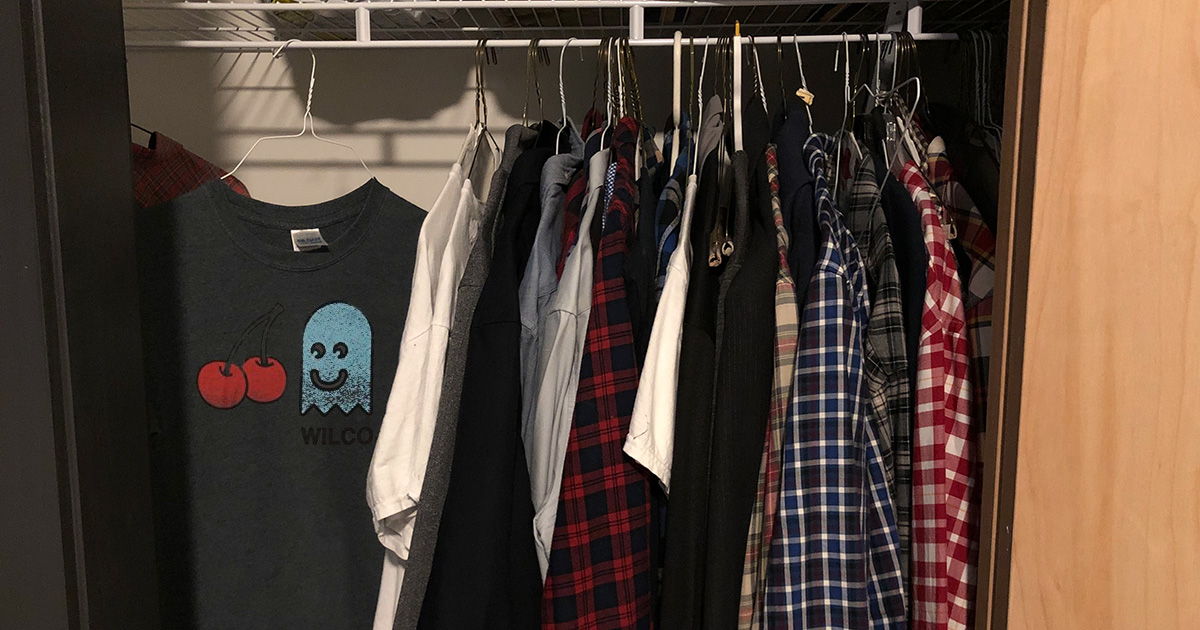 COLUMBUS, Ohio — A Wilco T-shirt mysteriously materialized last week in the closet of local man Steve Rosetti, the latest in a string of possibly supernatural coincidences leading up to the eve of his 35th birthday.

“I was getting ready for bed when I saw it, hanging amongst all my punk band T-shirts,” said Rosetti, who filed multiple reports claiming he’d neither purchased the shirt, nor received it as a gift. “I tried to tell myself it was left behind by a previous tenant — nothing to get freaked out over. But that very night, I woke up in my kitchen… and found myself wearing it, and somehow home-brewing an IPA, in my sleep. It was downright spooky.”

However, in the weeks leading up to his milestone birthday, Rosetti reported other strange changes.

“I used to go to shows every weekend… but starting two months ago, I won’t even go to a venue that doesn’t have seating,” said Rosetti. “And to be honest, most nights I’d rather just stay in and listen to Wait Wait…Don’t Tell Me! on NPR.”

“Oh God, did I just say that?” Rosetti added. “What the fuck is happening to me?”

“It happened differently for me,” said Bettis. “About a week after I turned 35, I received a package with no return address that contained a record by The National, a flannel shirt, and a pair of boat shoes. I was wearing the shirt before I even got in the house,” added Bettis, choking back tears.

Fortunately for them, Rosetti and Bettis are not alone. While many middle-aged, middle-class, straight white men are afflicted by the seemingly random occurrences, some, like Geoff Murphy, first experienced symptoms not in their mid-30s, but when they became fathers.

“I was coming out of a bar when I bumped into an old woman whose face I couldn’t quite make out. Before I had a chance to apologize, she pointed her long, bony finger at me and just whispered, ‘Dad rock…,’” said Murphy. “Nine months later, I became a huge fan of My Morning Jacket. Oh, and my wife gave birth to our first child.”

At press time, Rosetti was considering buying a french press coffee maker, along with better RCA cables for his turntable.