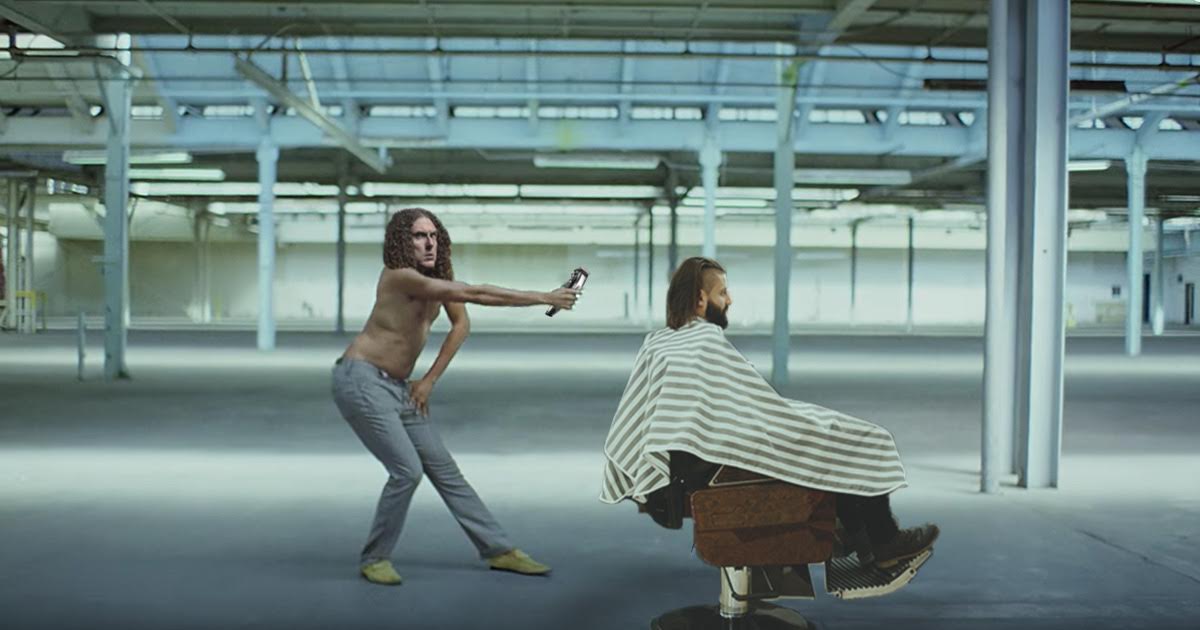 LOS ANGELES — “Weird Al” Yankovic’s “This is My Hair I Cut,” a parody of Childish Gambino’s extremely popular “This is America,” has exposed a deep divide in his fanbase, officials of the “Weird Al” fan club confirmed.

“The message boards have been going wild ever since he released the video. Some longtime fans condemned it as insensitive and inappropriate,” said “Weird Al” forum moderator Jesse Plitsky. “But, a lot of fans also praised it as his most relevant work since ‘Smells Like Nirvana.’ Al has always thrived on controversy, so I’m sure he’s loving the discussion.”

The video, which opens with a shirtless, dancing Yankovic approaching a man bound to a chair, pulling out an electric razor and shaving his hair clean off, has drawn criticism for undercutting a poignant message about gun control and race in the U.S.

“Mr. Yankovic should have just left this one alone,” said music critic Sean Androtelli in a recent blog post. “‘This is America’ was an artistic masterstroke of relevant social commentary. To reduce that to a song about cutting hair for some reason is tasteless and irresponsible… and, also, I don’t really get it.”

Meanwhile, the comment section on the official Youtube video is rife with diehard “Weird Al” fans jumping to the artist’s defense.

“What about that part towards the end — where the music pauses, and instead of taking out a joint, he pulls a ham sandwich out of nowhere and takes a bite?” asked Eatitguy713. “Come on, guys. This is ‘Weird Al’ at his peak! At the end, when he’s running and playing the accordion… that is pure talent.”

“The scene where Glover kills that church choir is an obvious reference to the Charleston shooting. To replace it with ‘Weird Al’ using a giant hair dryer to blow the hats off of a barbershop quartet undermines an incredibly important message,” said Androtelli. “Also, I objectively do not see how it’s funny. Is this all he does? Makes things about things they aren’t? Seems kinda easy.”

Despite the controversy, Yankovic’s representatives confirmed he is still planning to release a full-length polka version of Kendrick Lamar’s Pulitzer-winning album, DAMN.