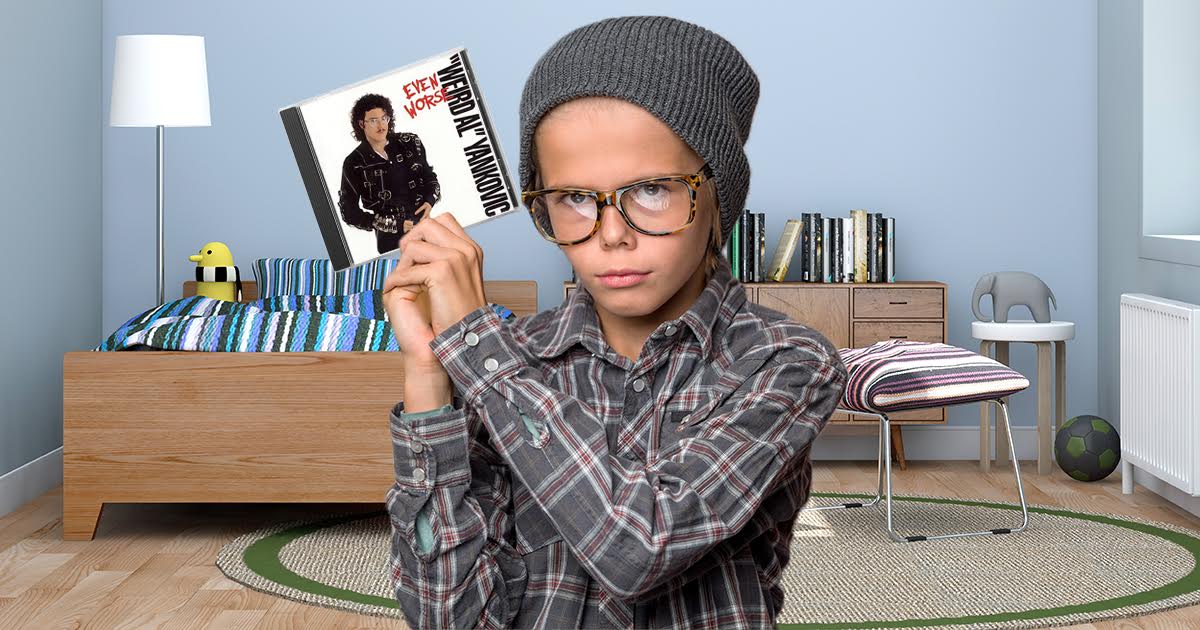 Mosley’s Weird Al fandom began in 2011 with, as he puts it, the “criminally underrated” Alpocalypse album. However, Mosley’s attention quickly drifted to Yankovic’s non-parody work.

“Sure, his parodies are fine for the normies and they pay the bills,” Mosley said. “But ‘Weasel Stomping Day’ is still so frickin’ funny… or, like, an oldie like ‘Party at the Leper Colony’ is great if you like stuff that’s super smart, like how I am at fractions. Stuff like ‘Fat’ is just dumb — I’ll take ‘Attack of the Radioactive Hamsters from a Planet Near Mars’ any day.”

Mosley’s mother, who once waited outside a local record store for the vinyl release of Squeeze Box: The Complete Works of “Weird Al” Yankovic after her son insisted it was the “only real way” to listen to “She Never Told Me She Was a Mime,” confirmed his appreciation for the artist’s “legitimate” works, but declined to comment. However, his teachers noted some recurring themes in his schoolwork.

“He once turned in an essay about the symbolism in the lyrics of ‘Albuquerque’,” English teacher Paige Griffith said. “He went into the socio-economic implications of sauerkraut, and how Mr. Yankovic uses New Mexico as a Shangri-La of sorts for the unreliable narrator. It actually made for a pretty good read, to be honest with you.”

Mosley, however, already seems to be moving away from “Weird Al’s” music.

“Once I knew Jordan was into him, I was like, ‘uck.’ He’s too mainstream now,” he said. “I’ve moved on to underground comedy music stuff — like the Lonely Island, Bo Burnham, and Reggie Watts. Dudes nobody has even heard of. But his ‘Jurassic Park’ original will always be there for me.”

When informed the song ‘Jurassic Park’ is actually a parody of ‘Macarthur Park’ by Richard Harris, Mosley excused himself, claiming that he had some “real reflecting to do.”