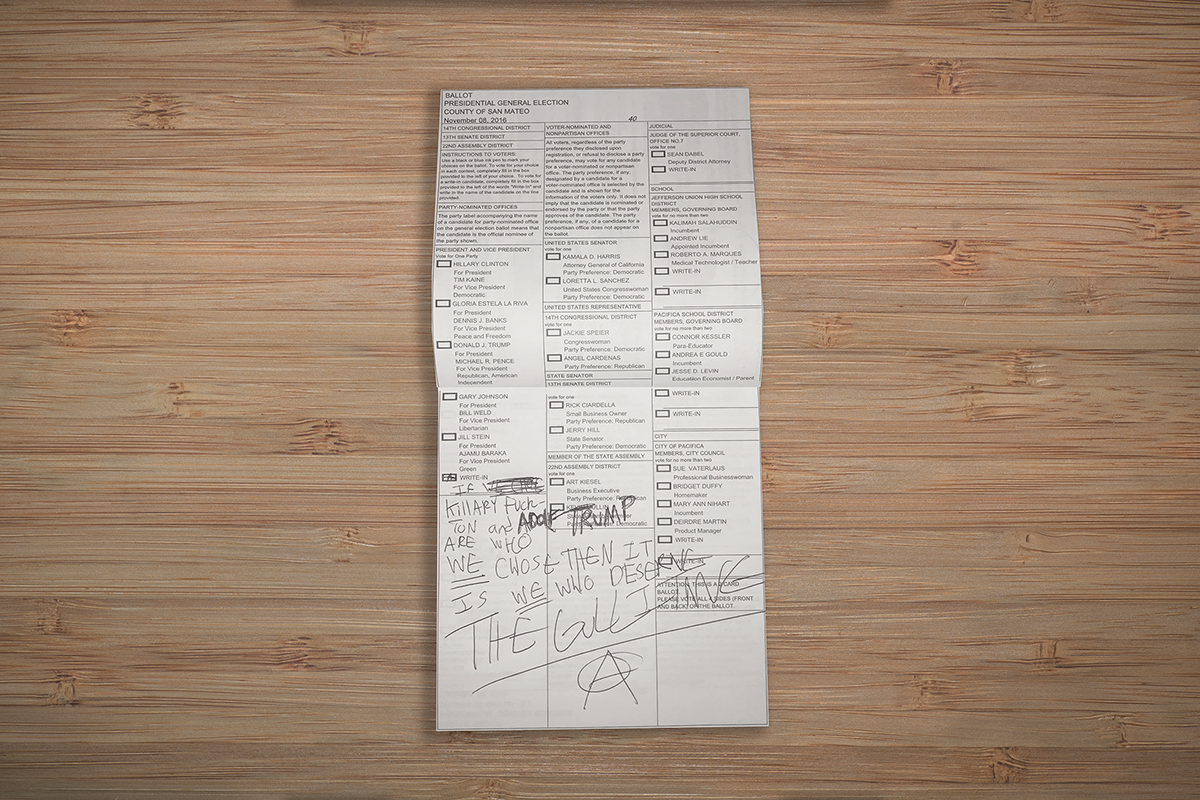 SAN FRANCISCO — A chilling case of voter suppression was reported today, as Jello Biafra ran out of room for the lengthy diatribe he was scribbling in the write-in section of his ballot.

“If Killary Fuck-ton and ADOLF Trump are who WE chose, then WE deserve the guillotine — maybe as much as them,” the rant read in part, accented by several underscored words and  hastily scrawled anarchy signs.

The rant, according to experts, was suppressed by at least 5,000 words.

Biafra’s powerful tirade reportedly veered wildly into other local ballot measures, resulting in the legendary punk singer voting for “TECHIE GENOCIDE” for a local school board, and “DRONE STRIKE” for sheriff.

Local election officials say they aren’t sure if the ballot will be counted, but that it isn’t the first time they’ve had a run-in with the former Dead Kennedy’s singer.

“Four years ago he came to our station and spoke for hours,” poll volunteer Alicia Gardner said. “We called the cops, but they weren’t sure if he was violating that law about campaigning close to a poll station because he kept changing subjects so quickly, so he got to stay.”

“The piece he had about how smart phones have turned us into the dogs that need walking was interesting though,” she added.

Election officials contend that there is no way for them to count the portion of the rant that spilled off the ballot and onto the table of the voting booth, but that they will do their best to interpret the meaning of the nearly 1,000 words describing grievances with the government Biafra penned across the back of the ballot.

“Oh an ‘angry bomb’ ballot? That’s what we call them,” Harold James, another poll volunteer, said. “Yeah, we get a bunch of those. It said ‘RIGGED SYSTEM’ in sharpie on it so I just put it in the Trump box.”