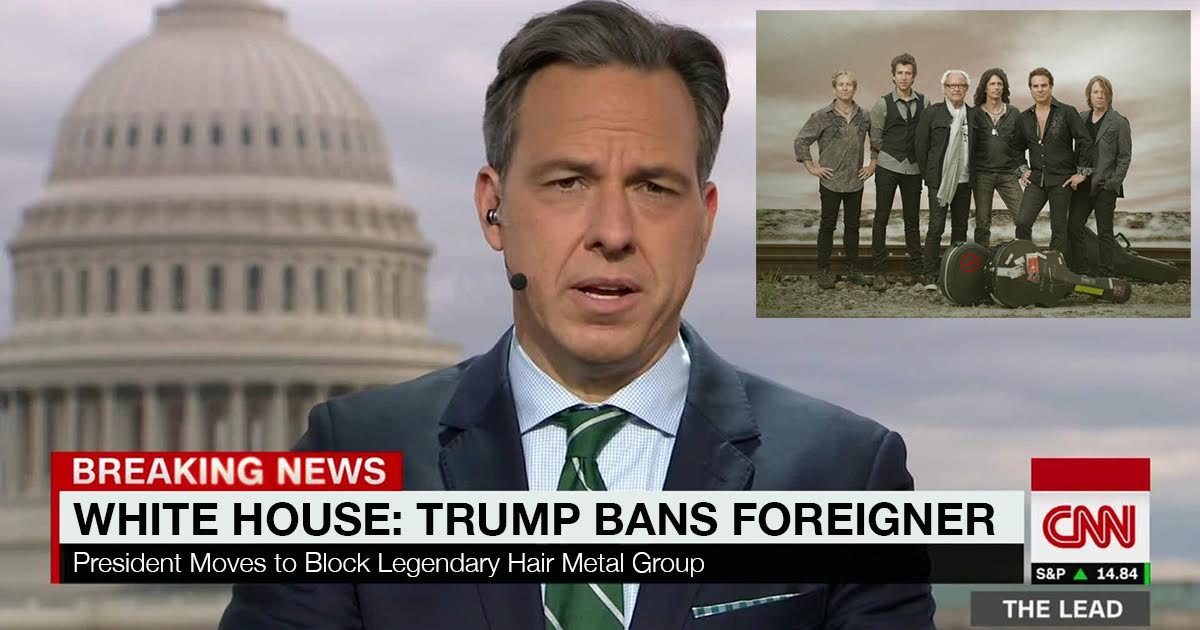 Dismissing such hits as “Juke Box Hero” and “Cold As Ice,” President Trump’s decision came after much deliberation.

“My first dance with Melania — great woman, one of the best looking First Ladies this country has ever seen — the first dance at our wedding was to ‘I Want to Know What Love Is,’” President Trump said during a press conference. “Love is a terrific concept. But from what people have been saying — some really smart people are saying this — it is going to tear this country apart.”

Despite immediate questions from the media, Trump stood by his decision, adding that all Foreigner tribute bands would also be included in the ban.

“Look, Foreigner are a bunch of losers who play low-energy, overrated noise. I’m surprised they can even speak English, considering they’re not even from this country. They don’t belong here, and the idea of anyone not born here makes me uneasy,” said President Trump of the half-British, half-American band. “All the good classic rocking is going to Foreigner and Foreigner tribute bands. These people are taking valuable State Fair jobs from Styx, Toto, and whatever version of L.A. Guns is going around.”

First Lady Melania Trump, born in Slovenia, was seen giving the President a less-than-subtle elbow for his comments.

“Though some of these bands, I assume are good people… A friend, someone with great musical taste, turned me onto Gorky Park, and they’re just terrific,” said Trump, referring to the popular Russian rock band of the ’90s. “This is a band that can rock, and is still just as relevant today. And nobody can argue that.”

Ted Nugent, attending in support of the President, concluded the press conference by playing President Trump off the stage, after which Kid Rock barked over Sir Elton John’s “Saturday Night’s Alright For Fighting.”