Thousands of Juggalos to Travel to D.C. in One Tiny Car 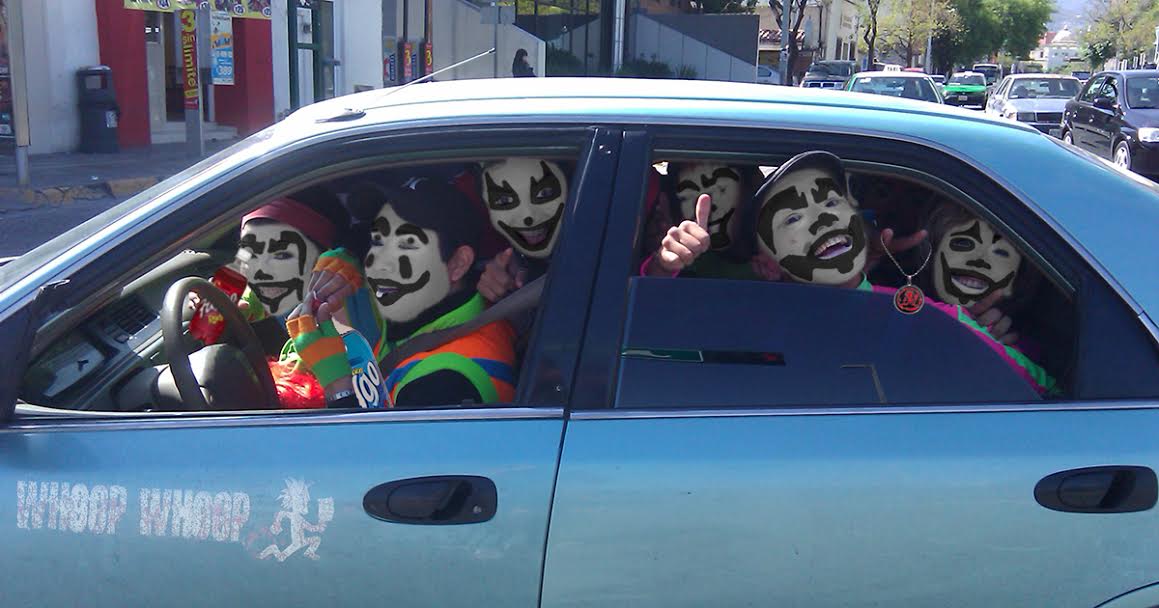 DETROIT — Thousands of Juggalos are travelling in one undersized Ford Escort to descend on the National Mall in Washington to protest their F.B.I. gang designation, according to multiple face-painted, hatchet-wielding sources.

“Ay, ay! This shit is hard as fuuuuck,” said a Juggalette by the name of Sexy Dead Bitch before sliding legs-first through the rear window of the unusually small car into a pile of screaming Juggalos. “Whoop whoop, motherfuckers! See you in D.C., where shit is gonna get ill as dope.”

A leaked map of the route to Washington indicates the tiny car will make stops across the country to pick up other Juggalos for the protest.

“Yo, straight up, most of us just don’t have cars — and if we do, they’re beaters, because this economy has us assed out,” said lifelong Juggalo Peter “Da Hitman” Cross. “So we’re riding from Detroit to Cali and back across the country, picking up the illest Ninjalos and Ninjalettes to take a stand against the chickens in the government.”

The Juggalo march will have to compete with neo-Nazi groups as they prepare for the M.O.A.R. [Mother of All Rallies], also taking place at the National Mall on September 16.

“I will be in D.C. that day, but only to watch lame dudes in khaki pants get the shit kicked out of them by lame dudes in facepaint,” said excited Washington resident Ashley Clifford. “I absolutely do not want either group in my city, but for once, I’m very much rooting for the Juggalos.”

While the Juggalos were generally unfazed by the white nationalist gathering and a potential clash between the two groups, they did grow increasingly frustrated by the lack of space in their vehicle.

“Fuck a Nazi,” said a man by the name of Skrilly Shanksta, whose makeup was melting in the heat. “All I’m worried about right now is getting my fat ass into this seat.”

Some 2,000 more Juggalos are expected to fill the car before it finally arrives in Washington. Meanwhile, the neo-Nazis will reportedly arrive in the back of a lifted Ford F-350 with a rebel flag wrap.