65 Percent of “Gathering of the Juggalos” Attendees Just VICE Reporters 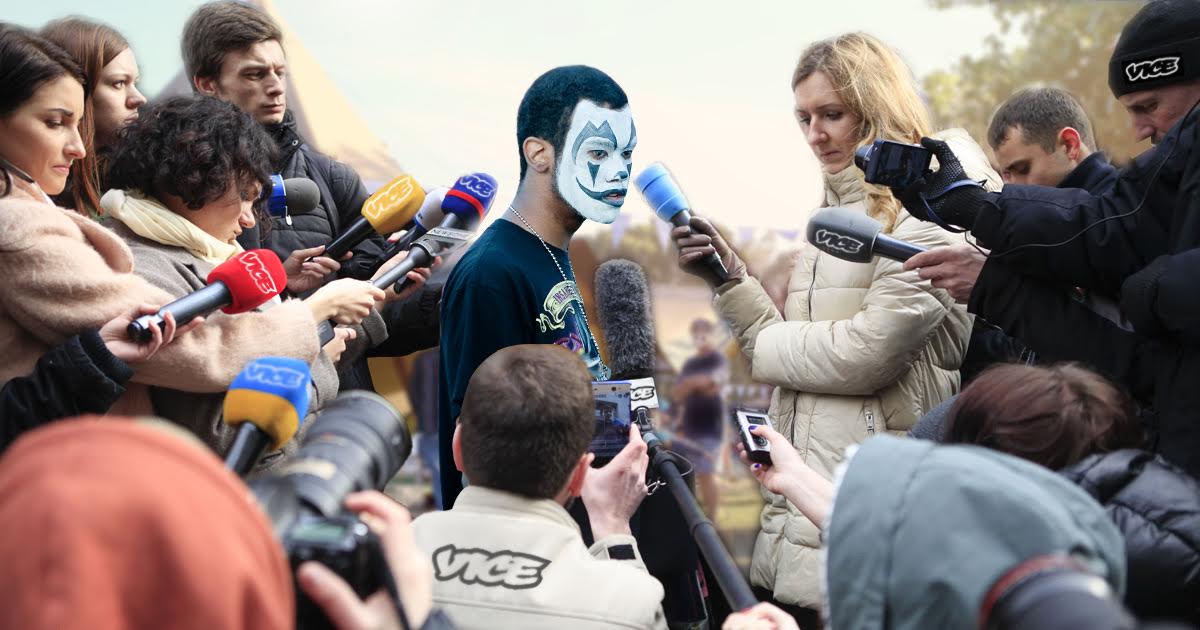 SPRINGVILLE, Ind.— Over half of the attendees at this year’s Gathering of the Juggalos came for the sole purpose of documenting the Juggalo subculture for VICE Media, according to an unofficial entry poll.

“I expected the sort of madhouse known for throwing feces at Tila Tequila, but it’s been way tamer,” said Tim Norrgren, a VICE reporter working on a piece titled, “We Asked People at the Gathering of the Juggalos What They Thought About Islamophobia” “So far, everyone I’ve approached turned out to be either a colleague or someone from the New York office. This place might as well be Burning Man.”

Some veteran Juggalos claim the influx of reporters has negatively affected the Gathering.

“This used to be such a nice festival,” said Juggalette Lucy “Trash” Lipinski. “Now? I can’t even draw a dick made out of hatchets on my daughter’s face without five assholes wanting to take pictures and make a 90-minute documentary about me.”

Other heavily face painted Insane Clown Posse fans were outraged at the high price of concessions at this year’s festival.

“Faygo is up to $1.17 per 2-liter!” said one Juggalo, known only as “Piss”  who claims to have attended each Gathering. “It’s those fucking reporters and their goddamned VICE money. I’ll be lucky if I can afford a site next year. Why can’t they just leave us alone?”

While many in the past have documented the Gathering with a mocking or derisive tone, some reporters wanted to prove they take their journalism seriously.

“I don’t know what kind of jokers you’ve been talking to, but I write for VICE,” warned field correspondent Alex Gutierrez. “VICE is here to report honestly on the Juggalo subculture, and their link to understanding the demise of the American middle class. Plus, I heard they got Ice Cube one year. I’d love to hang with him.”

Sources close to Gutierrez later reported he had gone “full native” by Saturday, taking a clown bride and announcing plans to release a full-length horrorcore album on Psychopathic Records.