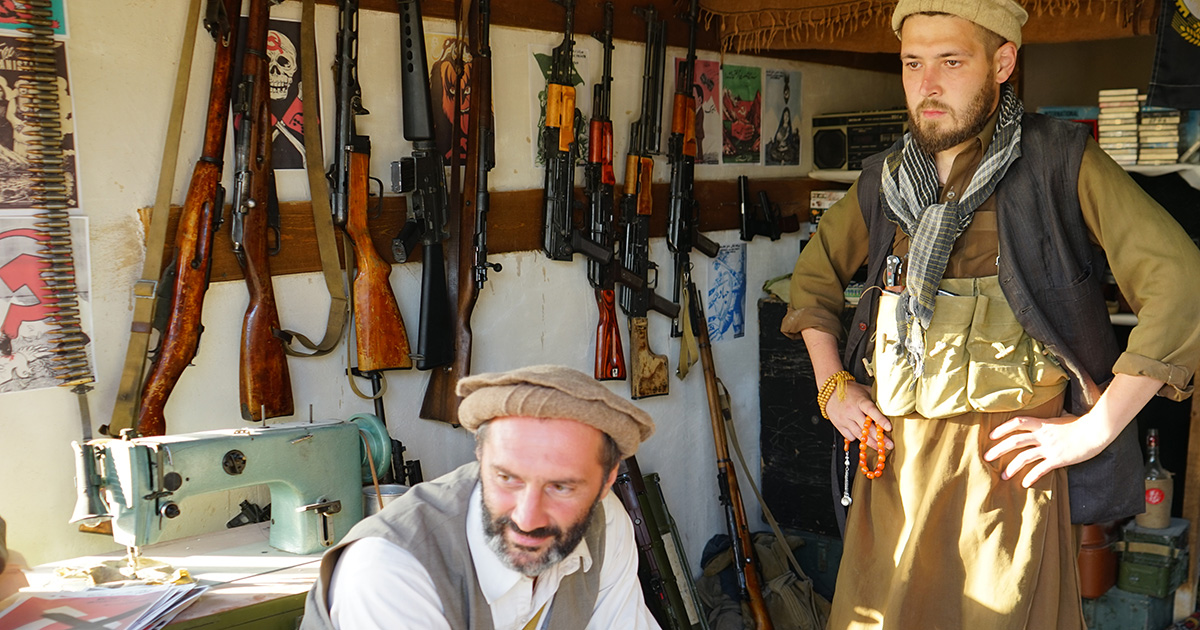 KABUL, Afghanistan — High ranking members of the Taliban decided to once again ban music throughout Afghanistan after your band’s demo was inadvertently played during a policy meeting late last night, irate sources confirmed.

“When we took back our country, we agreed our new government wouldn’t be as strict as it was 25 years ago. But after hearing that ‘music,’ if that’s what you want to call it, I feel like our hands are tied,” said foreign minister Amir Khan Muttaqi about your lo-fi indie band’s new demo. “I’ve always believed that music provokes improper passions, but this was on another level. 35 seconds into the song a wave of rage washed over me that I could barely control. I’ve never touched a guitar, but I know I could do a better job than the hack they had. The whole thing sounded like it was recorded in a bunker in Shindand. Pure slop is the only way I could describe it.”

After learning of the harsh review, you admitted that you felt bad for taking away music from the people of Afghanistan.

“This seems like an overreaction on their part. My girlfriend said all the songs are really good, so maybe they were just listening to it on their laptop speakers,” you said while pacing around in your bedroom. “I think it’s really unfair that the Taliban government is passing judgment on us without even seeing the band live. We have a show at the Newark Legion Hall in two weeks. I’ll put every cabinet member on the guest list and we will rock their beards off. That’s a promise.”

Prominent Afghani musicians were devastated to hear the news of the music ban and will protest the reinstated policy.

“I think it’s an awful decision to ban all music based on the recordings of a crappy American band that rhyme ‘heart’ and ‘apart’ more than once in each of their songs, but after listening to the demo I can understand the Taliban’s thought process,” said independent musician Amin Kazimi. “Musicians around Kabul are trying to find ways to continue performing, but the punishment for playing music in any form is quite harsh. You could be beaten or imprisoned, and if anyone is caught playing your band’s demo then they will be killed on the spot. We are also urging all ‘emo rap’ artists to disable their Bandcamp pages — if the Taliban hears any of those recordings, things could get much worse for us.”

At press time, the U.S. Army is reportedly using your band’s demo at black sites around the globe as a tool in enhanced interrogation methods.