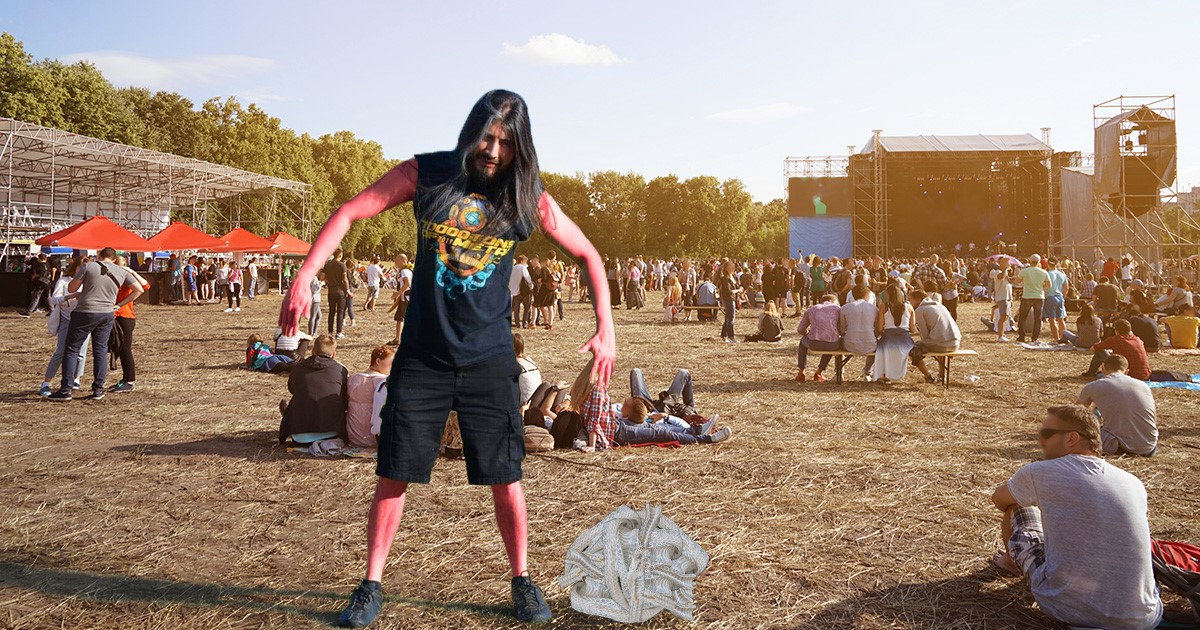 NASHVILLE, Tenn. — Obsessive festival attendee Argel Anaya molted the entire top layer of his skin today after spending the entire weekend in the sun at Nashville Death Fest without the aid of sunblock, disgusted sources confirmed.

“This first molting is always the worst, but definitely necessary,” said Anaya, shuffling the pile of skin to a nearby trash can. “Once you can pinch on a corner, it all just kinda peels off in one piece. I’ll still shed three or four more times before the end of summer, but for the rest of the day, I just have to hope nobody touches me — I’m basically like a turtle without a shell.”

Anaya, who already attended Sunfest, Shaky Knees, and Hangout Fest this year, cited cloudy weather and an overabundance of other attendees’ party tents for the late-season shed.

However, friends wish Anaya would take better care of himself.

“Every year it’s the same thing. I don’t think the man wears a shirt that covers his arms from May until September,” said longtime friend Tom Phillips. “Last year, he fell asleep on the beach, and when he showered, his skin fell off… like someone shaving meat off one those giant slabs you see the street vendors cooking. Kids were crying, a dog threw up. I still have trouble falling asleep when think about it.”

Indeed, the only sun protection Anaya allows himself is a novelty hat from the Electric Daisy Carnival in 2016, and whatever beer he spills on himself through the day.

“I was raised with the belief that sunscreen is for weaklings. My method of multiple, severe burns over the course of a few months callouses the body and makes my skin strong like leather,” Anaya said. “This one acid freak at Burning Man pulled a boot knife on me and tried to cut me open. It didn’t even leave a scratch.”

Anaya plans to attend Summerfest, the Newport Folk Fest, and Lollapalooza this year as soon as he has his hundreds of irregular moles checked out by a doctor.