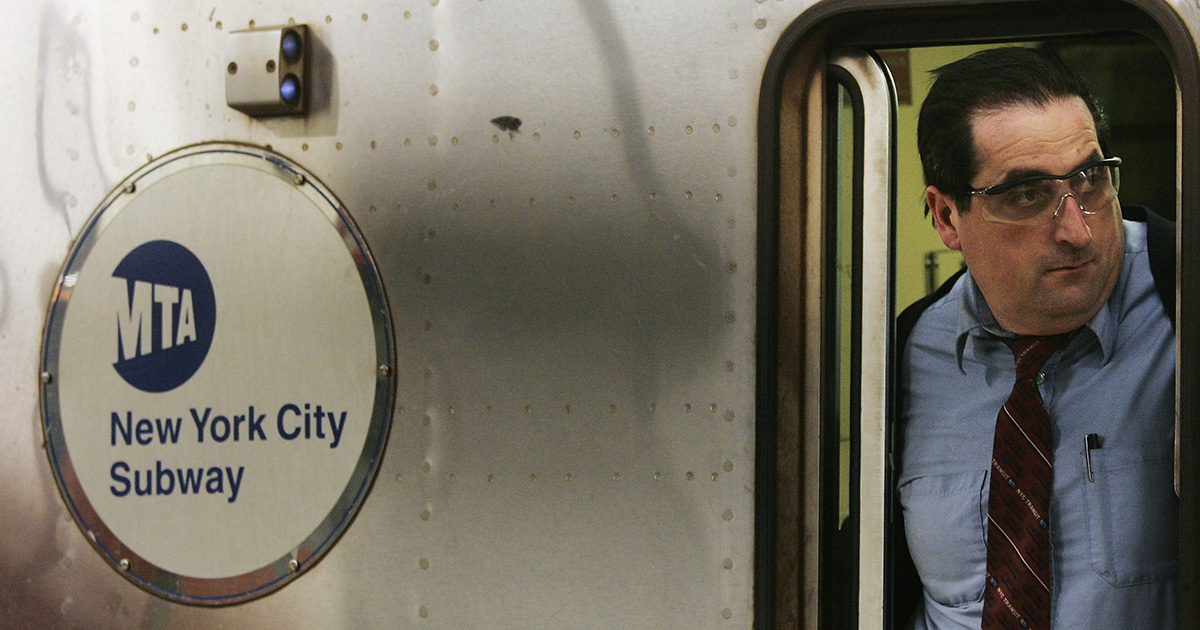 “I see every microphone as an opportunity. I’m all about playing with acoustic textures,” Tannenbaum said of the “creative work” he subjects thousands of New Yorkers to multiple times a day. “I used to be in a noise band called Cat Trap Rat Trap back in the ’90s, but doing train announcements is the best noise gig I ever got. I mean, I make over $50,000 a year, plus pension. That’s approximately 10,000 times more than I ever made in my band.”

“Plus, I have a captive audience of over 1,000 at rush hour every day at any given time. I don’t think even Sonic Youth does those numbers,” he added.

So far, audience reviews of Tannenbaum’s “art” have been mixed.

“He made an announcement at 14th Street, and I literally thought someone was dying into the microphone,” said one recent passenger, expressing a common opinion of Tannenbaum among straphangers.

Others, however, are much more enthusiastic.

“Screw the haters. Manny is awesome,” said commuter Charles Bell. “I’ve been following his career for years, and I feel blessed whenever I hear his muddled, unparseable voice tell me when the E train moves to the F line, or that the local is running express until 42nd Street. Dude is a fucking legend.”

“It doesn’t even matter that I always end up in the wrong stop because there’s no way to possibly understand what the announcement actually was,” said another E train rider, Rosaline de la Huerta. “Like all good art, it really makes you think.”

Ultimately, Tannenbaum claimed the secret to his success in this new branch of his noise career is simplicity.

“I see a lot of other noise conductors relying on the overdrive knobs that all subway microphones route through, but you can’t forget how effective something as simple as holding the mic so it’s just all jammed up on your mouth can be,” he said. “Add in some muttering under your breath, and you’ve got some really special themes going on that the people can really connect with.”

At press time, Tannenbaum was seen testing a Moogerfooger pedal setup in his routine.