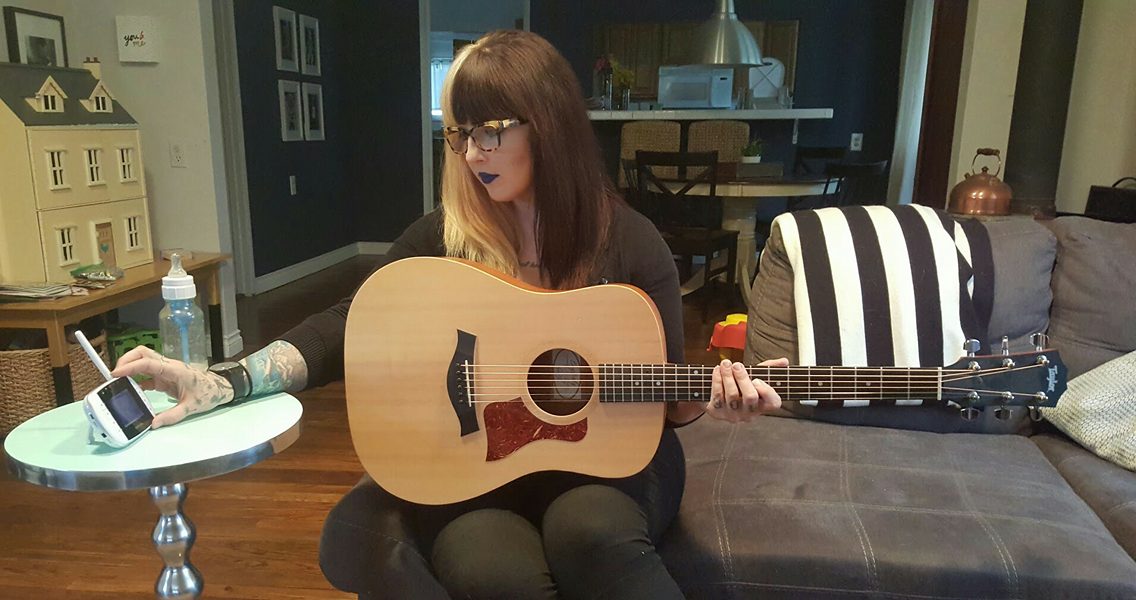 PITTSBURGH, Pa. – Front woman of local band The No Ma’ams and first-time mother Joy Specter has had difficulty getting an agreeable tone through the intercom in her newborn daughter’s bedroom, according to sources close to the family.

Specter, having pledged to take time off from her musical pursuits to be a more-involved mother, has spent most of her time writing new lullabies, screen-printing band shirts in a newborn size, and squabbling with her husband over the levels in the baby monitor.

“Can I get a little bit more baby in here?” she allegedly asked through the speaker in the living room. “It sounds really scratchy, and there’s way too much bass. Also, when you said, ‘Please stop this’ a second ago, your ‘p’ popped. Maybe we should get something to fix that.”

“She keeps telling me to ‘adjust the mids.’ What the fuck are mids?” wondered Specter’s husband, Todd, pointing a flashlight at the monitor in their daughter’s bedroom. “This thing cost $18 at Target and has one knob on it!” He turned away and yelled, “Do you want me to turn it?”

Mr. Specter admitted the baby monitor issue was simply the latest in a series of parental disagreements. “Every night, for weeks, when it was time for little Adeline to go to sleep, Joy would keep asking if she had time for one more lullabye, so we switched, and now I put her to bed, and we go through this,” he said. “It’s ridiculous.”

“Todd’s been really supportive,” said Ms. Specter. “A lot of people don’t realize what they get into when they have a kid, but he’s had my back every step of the way.”

When asked what was next for her and her family, Ms. Specter said she was hoping to find some time to get into their practice space and “work on their next release.”

“Whoa… are we gonna fuck in the garage?” Mr. Specter allegedly replied through the monitor.