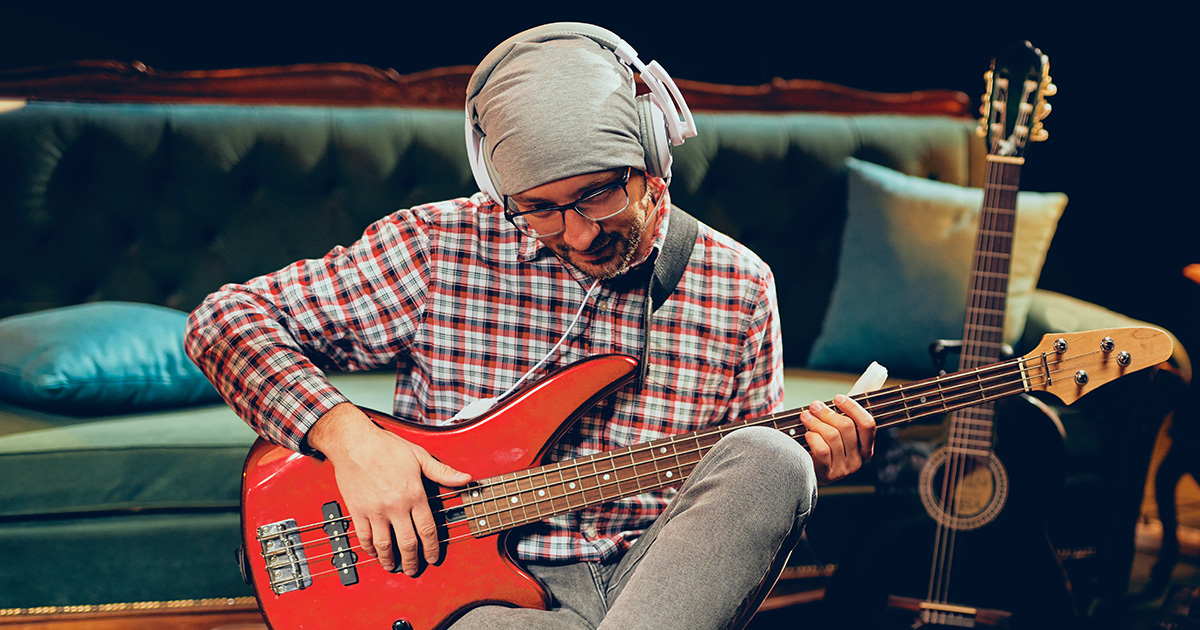 CHICAGO — Local bassist Tim Bolz announced this morning that he has “still got it” after remembering how to play a wildly incorrect version of the riff from Tool’s “Schism,” frustrated sources reported.

“I mean really, was there ever any doubt with these magic fingers?” said Bolz while uploading the video of himself playing to Youtube. “People say the ‘Schism’ riff is hard but I don’t see it. It’s all in the technique, dude. The intonation, the reverb, the vibrato; it’s all connected. Don’t worry if you don’t understand what I’m talking about. I’ve been playing for two years now so I’m basically like a wisely old bass sage at this point. And don’t even get me started on using a pick. The ‘pick’ I need to worry about is which Tool song I’m going to absolutely dominate next.”

“He has this weird level of confidence in his shitty playing. It’s like if Patrick Batemen was a loser bass player,” said Lana Young, one of Bolz’s roommates. “Last week he wouldn’t shut up about how he ‘nailed’ the opening riff to Metallica’s ‘For Whom the Bell Tolls.’ He played it for us and, of course, it didn’t sound anything like the song. I said it didn’t sound right. He got quiet for a second and then said ‘you have to play smarter, not harder’ before continuing to pluck away at the E string with his thumb.”

“It’s my fault,” said Watt. “Every week that man walks into my studio and botches his way through some new Tool or System of a Down Song. I could tell him he sucks, but he won’t listen to any of my advice. The other day I asked him to do a scale and he said ‘why do you need to know my weight?’ He’s not the only one. About half my students will get a song 15% right and think they’ve nailed it. You can almost hear their Ibanez Soundgear basses collectively screaming out in agony.”

At press time, Bolz announced that he would be shifting focus towards guitar after learning “pretty much all the chords.”