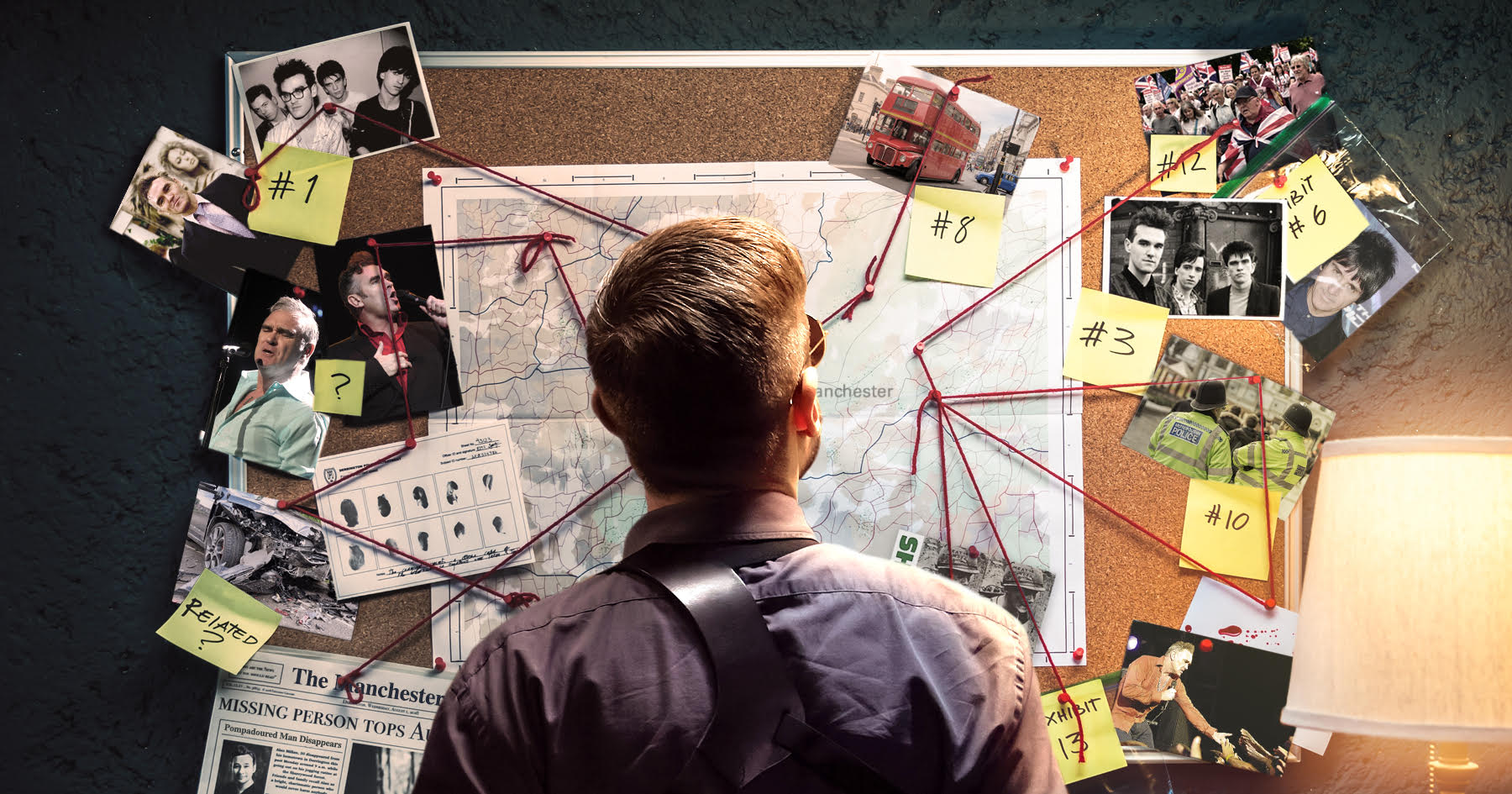 “The real Morrissey’s motor car was struck by a doubledecker bus years and years ago. While the news reported he just had a few scratches, Morrissey actually died that day and was replaced by a racist, alt-right shithead that looks just like him,” explained Woods. “In other words, it’s totally cool for me to still listen to the Smiths.”

While Woods couldn’t provide any evidence that such a car crash happened, he did claim “it sounds plausible; therefore, it must be true.”

“Johnny Marr actually felt so guilty about lying to fans he inserted clues in the band’s music — for instance, the replacement Morrissey’s real name is ‘Mr. Shankly,’ and he was a back scrubber at the YWCA before joining the band,” said Woods. “Also, if you listen to ‘Meat is Murder’ backwards… well, it’s just cacophonous bullshit. But I bet if you listen long enough you’ll hear some clues. Probably.”

While coworker Roberta Krause is concerned, she also sympathized with her “totally batshit bananas” friend.

“Don’t get me wrong — Jaden is insane. But is it crazier than the ‘Andrew WK doesn’t exist’ or ‘Beyonce is a clone’ theories?” asked Krause. “I get his motivation. Even though enjoying the songs isn’t an endorsement of everything Morrissey’s said and done, there’s still something icky about it. Still, I hear where he’s coming from, even if his theories are as ridiculous as some people’s baseless and ludicrous accusations against my favorite artist, R. Kelly.”

Legendary Beatle Sir Paul McCartney, the subject of his own death hoax, noted the biggest problem with these theories is the extreme lengths required to fool literally millions of people.

“What people don’t get is that faking Paul’s death and replacing him was nearly impossible to pull off… I mean, it would be impossible if we had we done that. But we didn’t. I’m the real Paul McCartney,” said what publicists claim was the real McCartney before dashing off and hopping in a nearby taxi.

At press time, Woods was concocting a theory about a time traveling Morrissey, thus enabling him to enjoy Morrissey’s solo work guilt-free.