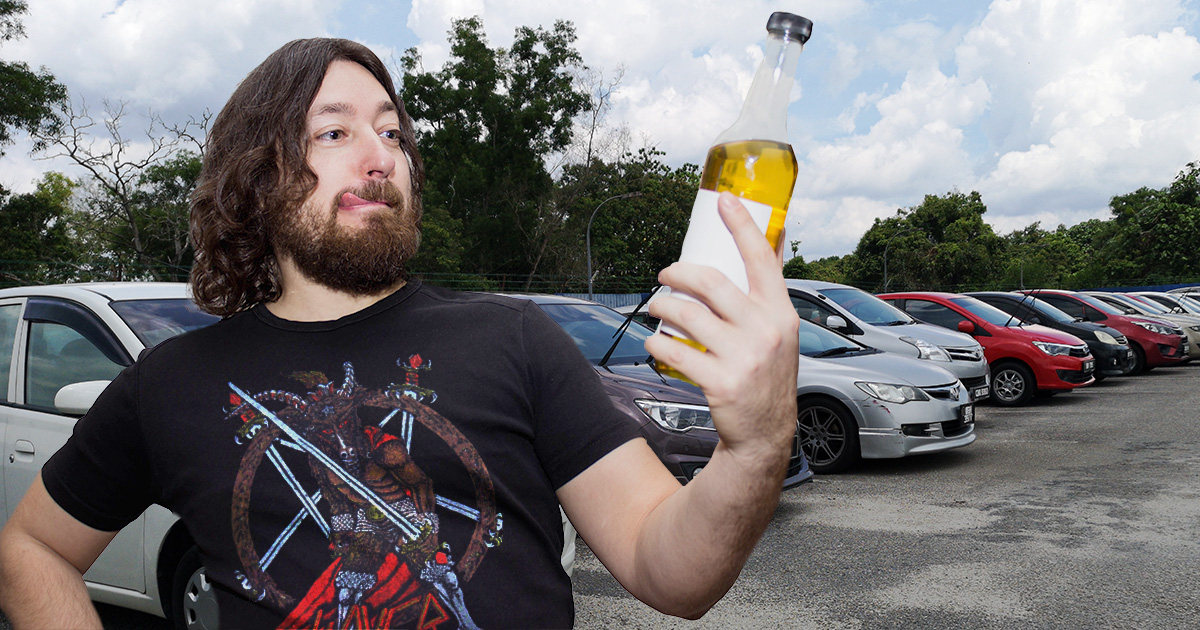 CHICAGO — Local metalhead Gary Dwyer cannot wait to “pound a sixer” of Old Style in the parking lot before Riot Fest, get nauseous, throw up in a disgusting port-o-john, and miss Slayer’s entire set for the ninth straight time, a source reports.

“I can’t believe they’re retiring,” Dwyer said while unloading warm beer from the trunk of his car. “This might be the last time I don’t get to see them because I’m too fucked up. When they came through town last May, I bought bad mushrooms and woke up naked in a fountain around the time they played their encore. I hope missing them this time will live up to that one.”

Despite his years-long super fandom, Dwyer has only seen one full Slayer performance back in 1995. He does, however, claim he heard “Chemical Warfare,” their final song of the night, as security dragged him out of the Aragon Ballroom for lighting a roll of toilet paper on fire.

“If you look at Gary’s arrest record, you can literally go by what Slayer album came out that year,” Dwyer’s friend Jules Freeman explained. “Like, you say, ‘wildlife smuggling and parole violation?’ That’s 2002, the ‘God Hates Us All’ world tour. He always misses them for a different reason, but it always starts with day drinking in the parking lot before the show.”

Getting “sloppy-hammered pretty much as soon as he wakes up” isn’t the only reason Dwyer has missed shows. Petty larceny, food poisoning from eating out of a Taco Bell garbage can, trying to fight a police horse, impersonating a police horse, an allergic reaction to 162 bee stings, bribery, electrocution from touching the third rail of a commuter train, third degree sunstroke, and treason have all played a part, too.

“I’m honestly impressed by the new and creative ways Gary finds to miss his favorite band every year, while simultaneously fucking up his life and everything around him in the process,” said friend Kenny Choi. “One time before the show, he snuck onto Slayer’s tour bus, and Tom Araya broke Gary’s nose. Gary still says it was the greatest day of his life. I hope he can move on.”

Dwyer, reportedly upset he plans to miss the show yet again, is hoping his friends at least buy him a T-shirt.