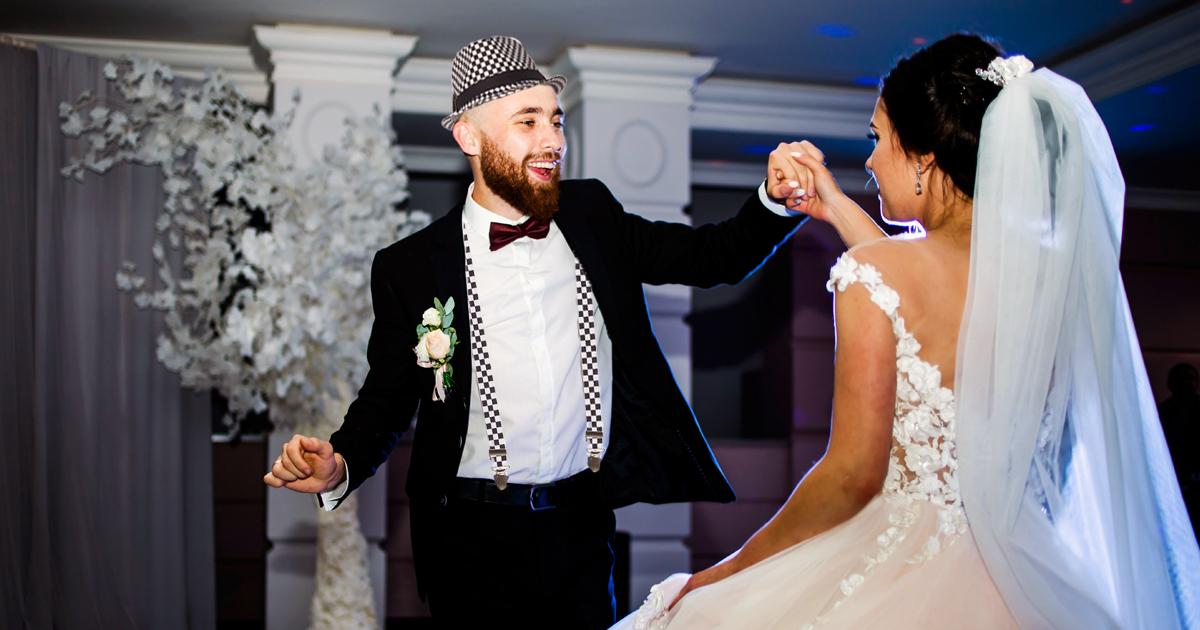 “Ever since I was a little girl skanking alone in my bedroom, I wished that someone, someday, would come along and sweep me off my black-and-white checkered low-tops,” said Gillespie. “Some friends ask how I can commit to skanking with just one person for the rest of my life… but I just smile, knowing I found the rude boy of my dreams.”

Groom Leonard Roth agreed, exhilarated to share the special moment skanking with Gillespie “in front of God and everyone we hold dear.”

“That first dance, to ‘Johnny Quest Thinks We’re Sellouts’ by Less Than Jake, was just magical,” said Roth. “Everything about this wedding’s been amazing — and we saved a ton of money outfitting my groomsmen, because I already owned a bunch of black suits and suspenders.”

Emmett Gillespie, the father of the bride who allegedly muttered, “What the fuck?” under his breath throughout the ceremony, was less than enthusiastic about the couple’s stylized holy matrimony.

“I always intended to pay for Judy’s wedding… and I knew Judy was going to make her big day her own,” he said. “But if I actually paid for those goddamn pork pie hats my idiot son-in-law and the groomsmen wore, I’m going to need all that money back. With interest.”

Indeed, most guests were puzzled by the couple’s song choice and dance moves — with the exception of Roth’s paternal grandmother Zelda Roth, who was moved by the bride and groom’s “romantic jig.”

“Oh, the dancing was just lovely… they seemed to be having such fun. And the saxophone was so peppy,” said Grandma Roth. “What did they say the dance was called again, dear? I don’t think I heard that correctly.”

At press time, the married couple was trying on their matching his-and-her bowling shirts for their day-after photo shoot.