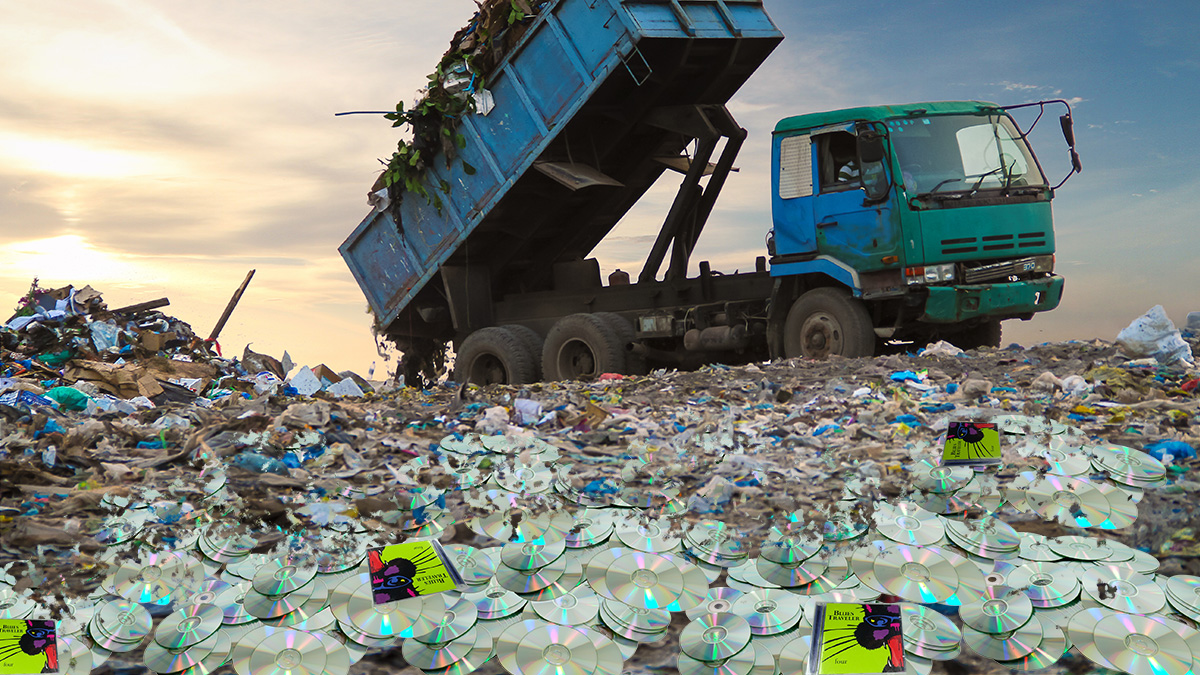 BROOK, Ind. – Research conducted at one of the nation’s largest landfill facilities showed that discarded Blues Traveler “Four” CDs make up over 70% of plastic waste.

“You can’t go three steps without crushing one of those ridiculous cartoon cats wearing sunglasses that’s on the cover of that damn album,” said Dale Pitchner, a sanitation worker at Newton County Landfill. “It’s annoying actually…they break really easily and clog up the track mechanism on the bulldozer. Every time I have to clear them out I hear that guy’s harmonica in my head and it really pisses me off.”

Frontman and harmonica maestro John Popper was not terribly happy about the research findings.

“I used to be known as the guy who passed out from jerking off thanks to our ‘Behind the Music’ episode, but now I’m famous for single-handedly causing a climate disaster. Honestly, I don’t know which is worse,” said Popper. “We were on top of the world for a couple of years. Between us and Hootie, we accounted for almost half of all Columbia House and BMG CD sales. We got booked for every Microsoft corporate event and I had my own signature tactile harmonica vest with Cabela’s. That all came to an end once ‘Run-Around’ became synonymous with the slow death of our planet.”

Climate scientist Margo Felps warned of the impending crisis facing humanity as CDs are gradually phasing out of existence.

“Blues Traveler is just the tip of the iceberg,” said Felps. “As those who listened to radio-friendly bands like these in the ‘90s start to die off there will be an unprecedented influx of old CDs that nobody wants entering the landfill systems in America. We will be completely overwhelmed, and not just with Blues Traveler. By 2055, there will be catastrophic levels of Dishwalla, Savage Garden, Sheryl Crow, and that one Red Hot Chili Peppers album with Dave Navarro. We have to think about what kind of a future we want for our children.”

Researchers announced a new initiative to counteract the effects of climate change that involves lining the polar ice caps with Blues Traveler CDs to create enough of a reflective surface to maintain the current global temperature average.