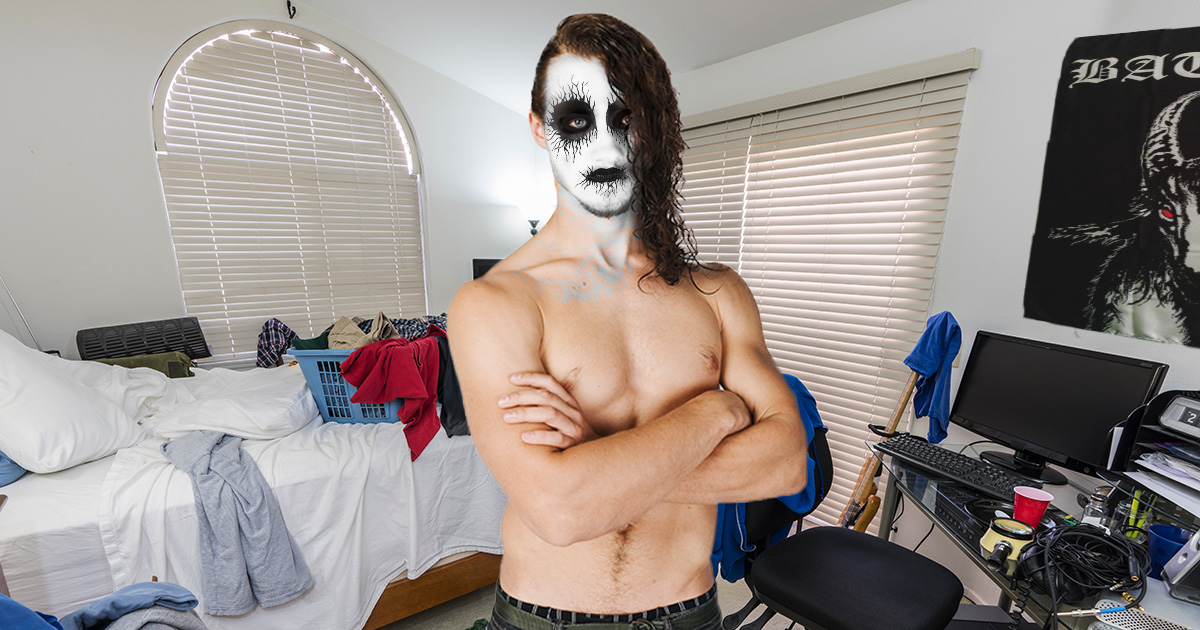 “I honestly didn’t think this would be a big deal — it’s not like I’m going out into the woods to commune with the dark spirits or anything; I’m just lounging around on the couch. I don’t feel the need to go full-body every day. This shit is expensive,” said Brulend. “I mean, I got the whole face, and I didn’t slack off around the ears. This is a time of crisis — I want to make sure I have enough paint to last until I can get back to the mall. Sure, I was caught, but you would do the same thing in my situation.”

“We were talking about the best way to record in cemeteries during the pandemic, when all of a sudden, all I could see was the flesh tone of a common speed metal fan. I couldn’t concentrate. I was devastated,” said drummer Are “Rammer” Lysvand. “I question everything about his commitment — not only to the band, but to brutality as a whole. He didn’t even wear his casual gauntlets on the video chat. It’s like we barely know him.”

Recordings of the Zoom meeting are circulating inside the black metal community.

“I really can’t think of a time I’ve been more disappointed,” said longtime black metal superfan Marc Strimberg. “I thought it was bad when James “Apocalypston” Lepston from Duskfall was spotted with his wife and kids visiting the Sistine Chapel — he just took photos like some normie, but at least he was still in full corpse paint and scowling in each photo. What Blood Vacuum did is an insult to the entire genre.”

Trying to get ahead of the controversy, the band’s label CorpseHanger Records released a statement on a series of branded runes on lambskin, which were sent away for translation.