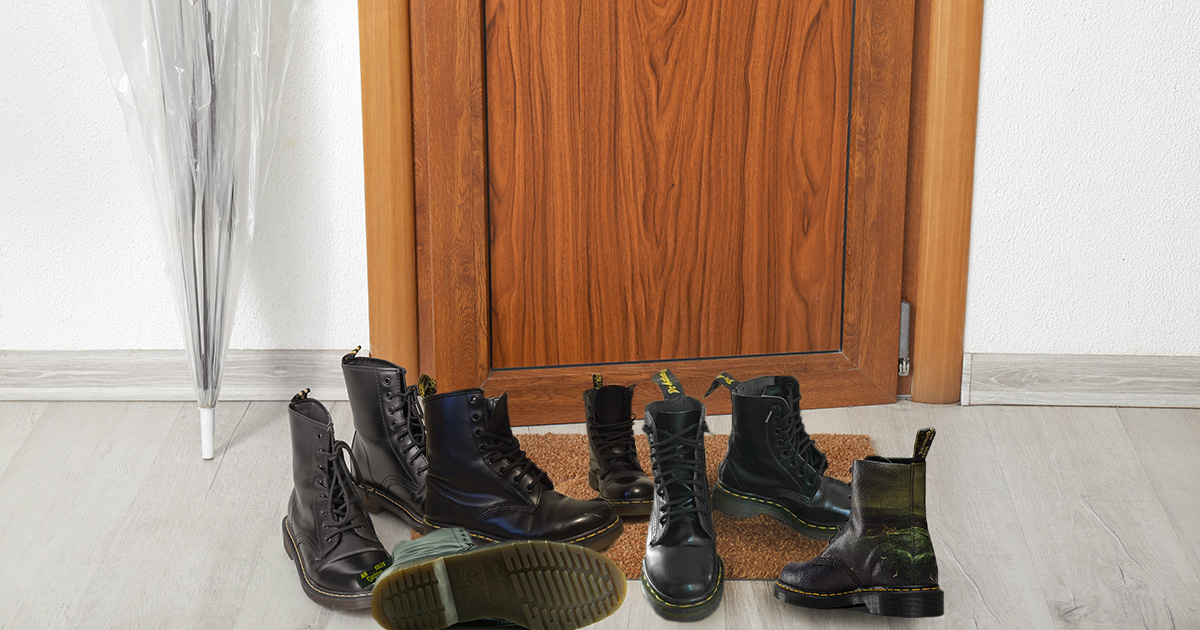 CLEVELAND — A group of disgruntled, shoeless punks met each other’s empty gazes in a foyer as they attempted to find their own black leather Doc Martens in a pile of mismatched and identical pairs, sources on the scene confirmed.

“I was the last person to arrive this evening,” explained dinner party attendee Janet Mielson. “And I swear to god, I don’t know how this happened, but the pile of shoes genuinely looked like it had been mixed up like a ball pit at Chuck E. Cheese on a Saturday afternoon.”

As the evening progressed, the pile of Doc Martens sat idly in its own camouflage, according to host and homeowner Ned O’Flanagan.

“When I went to the front door to let the dog out, I saw the heap of boots on the floor and it was somehow worse than I expected,” he said. “There were seriously 44 fuckin’ 10-eye black leather Doc Martens in the walkway. I thought I could spot mine because they’re made from vegan leather, but then I counted seven other individual vegan leather boots, too. And two of those pairs managed to have the same damn brown and yellow tetoron laces as me? How, just how?”

Jürgen Märtens, great-grandson of original Dr. Martens AirWair creator Klaus Märtens, said he has seen this scenario unfold over and over again.

“Look, I feel for Ned and his friends, but can you even imagine what family gatherings looked like for us?” he said. “Growing up, trying to get out the door after a Christmas party, Thanksgiving dinner, or, honestly the worst of them all, Grandma’s 90th birthday party at the nursing home, has always been a disaster. We’re usually all really drunk, and it just doesn’t help that everyone, for every gift exchange, gets their own pair of jet black Docs. After Meemaw’s 90th, I woke up the next morning in my niece’s size 6’s halfway strapped around my feet. That was a wild night.”

At press time, the group had moved to a nearby room where they parsed through the “coat couch” to figure out whose shitty leather jacket was whose.