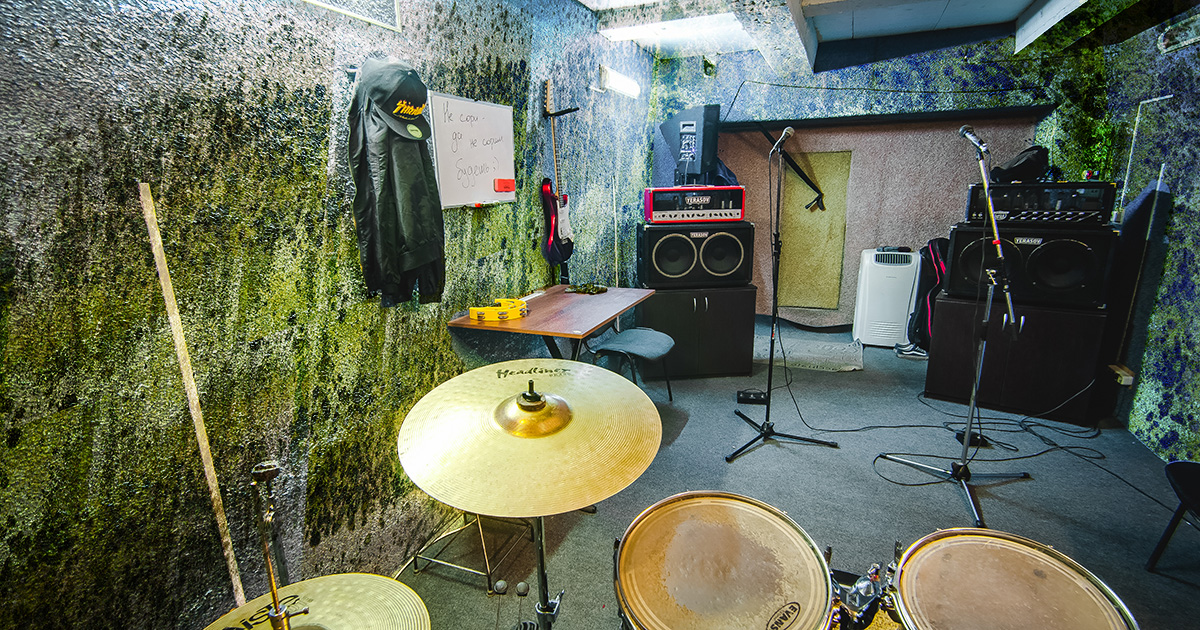 “When we first realized fungus was burgeoning, there were two options: do literally anything to stop it, or let nature run its course and see what the hell happens. We love it, the louder we play the thicker the mold gets, and nobody has called in a noise complaint in weeks,” said Acrid Distance vocalist and house resident Dani “Lady Bug” De Souza. “Big foam has made soundproofing expensive and unnatural, but this mold is free, organic, and multiplying at an alarming pace. My uncle is a pulmonologist and told me that playing in that basement is basically suicide, but I don’t think he understands that we not only have a great practice space, but with a little work and a decent rainy season we could have a high-end recording studio in our home.”

The property owner, Hamen McManus, was happy to hear the tenants were benefitting from the dangerous fungus in the basement.

“Look, I own like three properties, plus I have my own landscaping business. I can’t be everywhere at once. Also, the mold addendum they signed in the lease will hold up in court,” said McManus. “That being said, I wish all my tenants were so tolerant. I have an apartment in Methuen and the tenants keep telling me a family of raccoons is living in their couch. These same people complain I won’t let them have a cat. Seems like a double standard to me.”

A new genre of low-fi music called “low-qual” has started to develop in mold filled basements thanks to landlords across the country becoming more negligent with their properties.

“Moldy walls are just the start. To get that truly authentic sound, you’re gonna want soundwaves bouncing off the broken washing machine in the corner, maybe a festering bottle of Faygo teetering close to a mic,” said Garret Sutton, low-qual pioneer and constantly tired recording engineer. “And you definitely want an extra snare sitting around that rattles throughout everything. That will add character to any recording.”

Residents of 234 Syrup Street were excited to add a new layer of soundproofing after the water heater randomly exploded, adding three inches of standing water to the basement floor.