One Monkey With One Typewriter Recreates Every Blink-182 Lyric 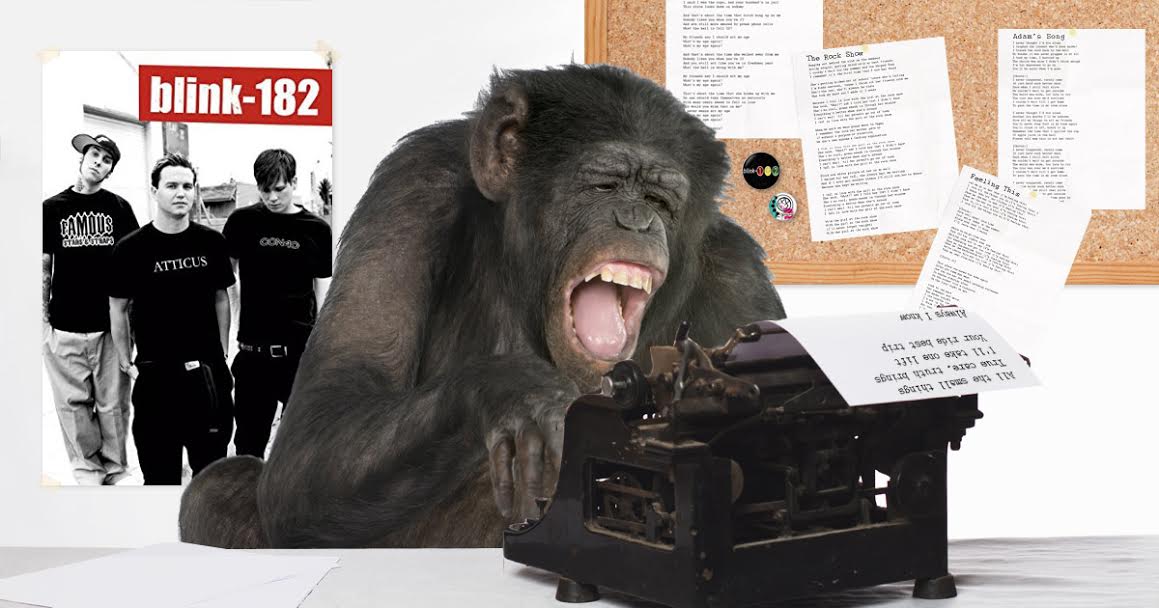 DAVIS, Calif. — Researchers at the University of California–Davis animal science laboratory confirmed this morning that an unattended monkey with an old typewriter has recreated every known Blink-182 lyric.

“We’ve all heard of the infinite monkey theorem, right?” said lead researcher Dr. William Callahan. “This is far more intriguing. We gave some subjects various toys and tools to help them pass time and maintain sanity. Subject G-1967 unknowingly recreated the full works of Blink-182 within mere hours on his typewriter. Truly remarkable.”

The digest line ‘…And maybe I’ll see you at a movie sneak preview…’ prompted Callahan to look closer at the pages he’d initially thought indecipherable.

“I thought it was a fluke. But when I saw, ‘I’ll open my eyes, I’ve got something inside, I’ll just jack off in my room until then…,’ I realized we were on to something,” said Callahan. “This monkey wasn’t just nailing the hits — he was typing lyrics from the deep cuts true Blink fans really love.”

“Usually the animal testing center is kind of a bummer,” said lab assistant Manny Buckley. “But I saw that monkey type the complete lyrics to ‘Adam’s Song’ over 400 times. It has to be a message of some kind.”

Every song from their seven studio albums was allegedly represented, as well as rare tracks previously appearing only on compilations and soundtracks.

As of press time, Callahan was teaching the primate a basic chord formation, hoping to earn the monkey an audition with the band.

Head over to our online store and pick up a shirt right now: