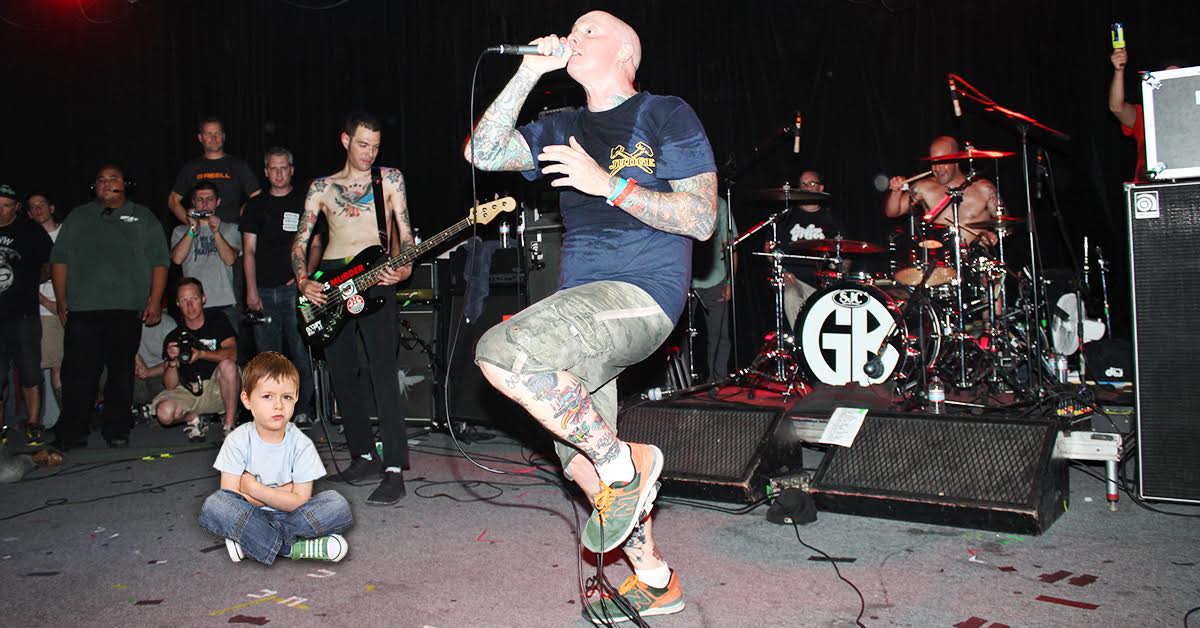 CINCINNATI, OH – Legendary New York hardcore outfit Gorilla Biscuits were executed at a show this Saturday when a child wandered onto the stage, prompting outrage over the venue’s handling of the situation.

“Look, I know it seems inhumane, but it was really the safest thing; hardcore shows are no places for children,” said Rodney Perkins, owner of The Cage, which hosted the truly all ages show.

The incident started when the child wandered away from his parents and straight into the sold-out Gorilla Biscuits show. Reports indicate the boy opened the door, slipped past an inattentive bouncer, crawled under a merch table, and began to climb onto the 2-foot-tall stage before being helped up by a band member.

“If you watch my Instagram video, they start playing ‘Cats and Dogs,’ and you can clearly see [frontman Anthony] Civ [arelli] reach down to help the little dude get up on the stage,” said attendee Clyde Eldridge. “Everyone started yelling cuz we thought it was so rad, and then POW! I couldn’t believe it. I definitely don’t think it was grounds to murder the entire band. Maybe don’t let your kid wander into the fuckin’ pit next time.”

While other critics of the club’s actions asked why security used live ammunition as opposed to tranquilizer darts, Head of Security Patrick Hoyt stands by his team’s actions. “Look, it’s my understanding that these guys were a straight edge band,” he said, “I didn’t want any course of action we took to conflict with their ideology, and I didn’t know where they stood on tranqs. So we made the safe decision and put ‘em all down. They say ‘Death Before Dishonor,’ and today we had to make that choice.”

The execution has brought hardcore show security to the forefront of the political discussion and also highlighted some of the venue’s other shortcomings.

“They have a byzantine ‘no re-entry’ policy. So I have to carry around this hoodie I just bought for the rest of the show,” said longtime Gorilla Biscuits fan Jessica Hallman. “That is the real crime. We are caged up in here like animals.”