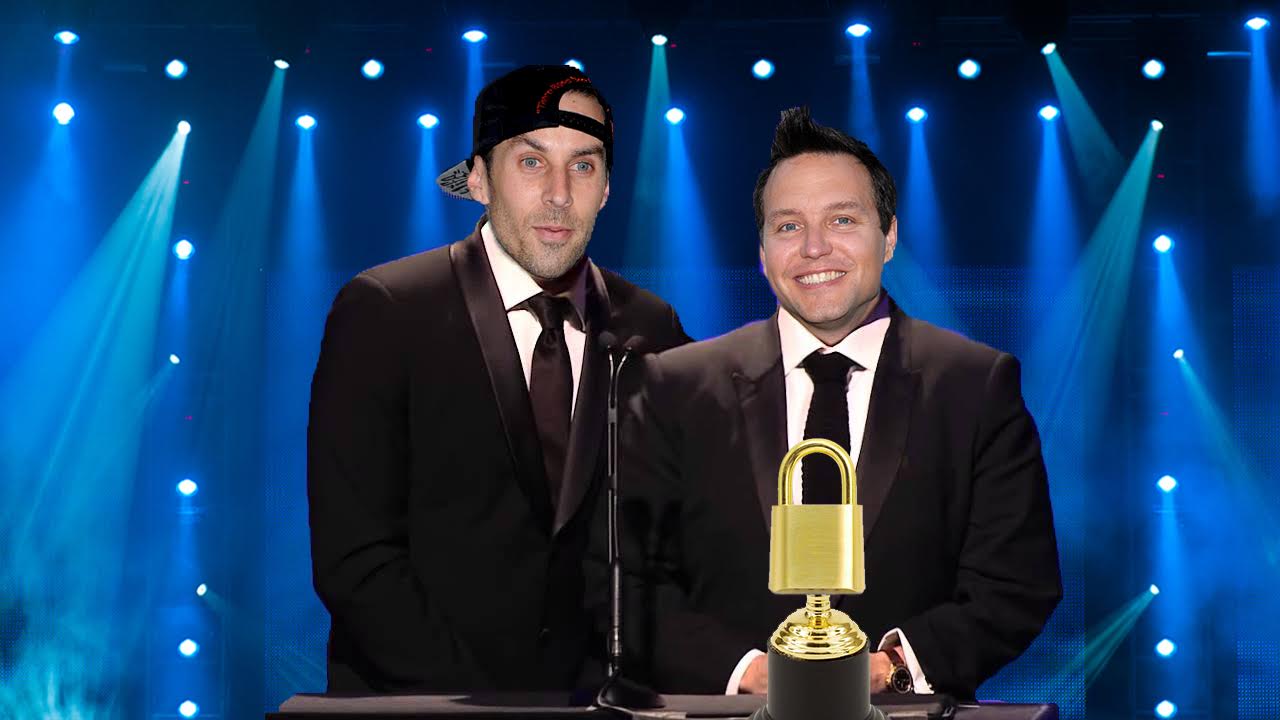 SAN JOSE, CA — The cryptically-named pop punk band Blink-182 were honored for their contributions to internet security in a ceremony last night, when they received an award for “Password Excellence” and became the first humans inducted into the Password Hall of Fame.

The band, who gained popularity in the early 2000s, inspired countless internet users looking for memorable passwords that contained both letters and numbers. Millions of fans still use variations of “blink182” as the keys to their online banking and email accounts.

“They really changed the game,” said Marissa Townsend, a spokesperson for the Hall of Fame. “It used to be you just used a pet’s name, plus maybe the year you graduated high school. Blink-182 gave the world something novel and creative. We think ‘blink182’ is one of the best passwords out there. In fact, I used to use it for everything! My LiveJournal, Friendster, and Make Out Club profiles all had a ‘blink182’ password.”

Thousands gathered in the Hall of Fame’s theater to watch an introduction from Fernando J. Corbató, the 89-year-old inventor of password security. His speech preceded the evening’s highlight: a live performance from bassist Mark Hoppus and drummer Travis Barker. The audience cheered and applauded as the two Blink-182 members took the stage and used their band’s name to log into a defunct MySpace account, changing the page background to an animated .gif of a rotating skull. Ex-guitarist Tom DeLonge was not present.

“When we first started, we were just a couple of guys goofing around; we never thought we could make it this far,” said a teary-eyed Hoppus. “ Pop punk has always tried to lead the charge in internet security — our friends in Sum 41 might be up here today instead of us if most websites didn’t start requiring a minimum of 6 characters, you know?”

“I’m so glad I lived to see this day. We fucking did it,” shouted Barker, holding his fists together to reveal a newly minted “SECU RITY” knuckles tattoo.

Now inducted, Blink-182 will live on forever as a password for social media, office email, and, until 15 minutes ago, the Hard Times administrator account.