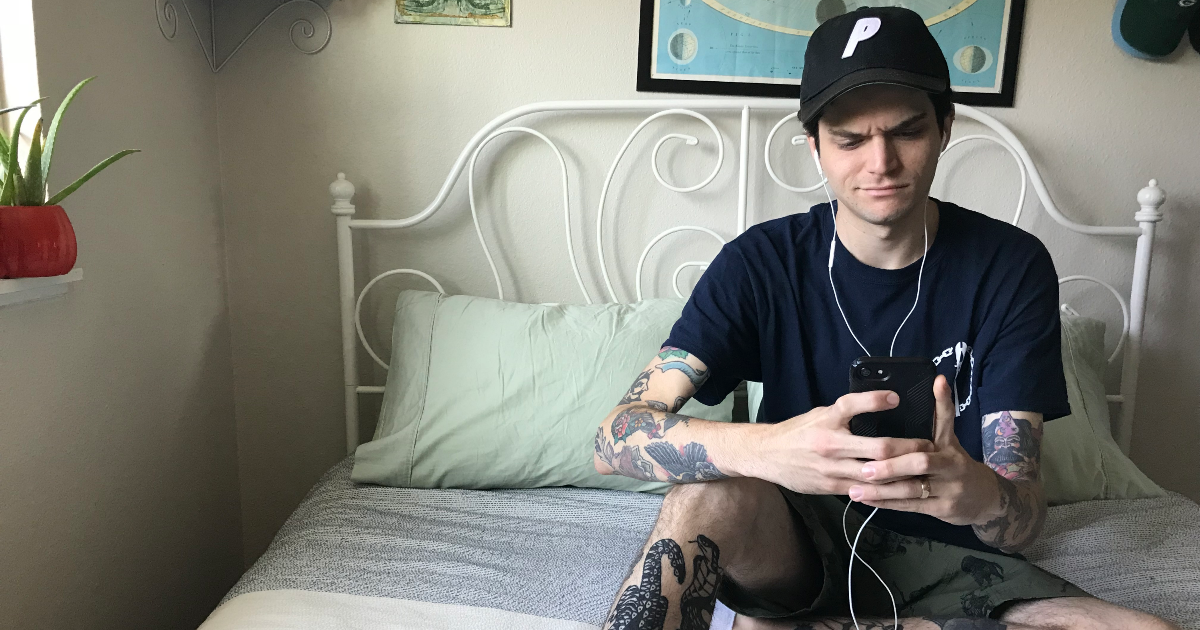 CHESTERBROOK, Penn. — The latest album from pop-punk band Cap’n Crush is an “astonishing musical and lyrical progression” and sets up a bold new chapter for the band, according to furious fan Kyle Burris.

“This new album broaches haunting themes in touching ways. It wears its heart on its sleeve, yet maintains a dignified subtlety,” said the 22-year-old Burris. “And it’s so fucking boring. They don’t ever complain about girls, they barely mention their hometown, and it seems like Davey [Clifford] is suddenly good at playing guitar. Total bullshit. ”

Cap’n Crush’s new album, Nebraska Sundown, has received rave reviews — particularly for the lead single, “A Winter Without You.” Burris, however, did not enjoy the song’s allusions to rehab and a painful alienation from one’s family, calling it “weird ‘feelings’ music with annoying, competently-played music.”

“Their songs used to be… I don’t know, like, about something,” said Burris. “Not a single song even comes close to being as good as ‘Internet Movie DanaBase’ or ‘Tyler Perry’s Rachel Blocked Me On Instagram Again!!’ from their 2014 masterpiece Flipadelphia. That was a better time — back when they really put in effort.”

“Now it’s all a bunch of shit about wanting to be a better man and earning forgiveness,” he added. “It’s not nearly as good as their earlier work. Like, take ‘Snitches Play Quidditch’ — it rhymes ‘whore’ with ‘whore’ on three separate occasions. I think one of the dudes in the band got married and had a kid. That always ruins good musicians.”

Cap’n Crush frontman Brandon Tomasetti was prepared for the backlash from long-time fans.

“Yeah, this album’s definitely a real departure. We all went through a lot of rough stuff this past year, and a lot of petty shit that used to bother us just seems small,” said Tomasetti. “It kind of energized the band, honestly — we felt like we had a vision for the first time since we started out in high school as The Jimmy Neutron Experience.”

“We already started working on our next album: a concept album about being a European immigrant working during the industrial revolution,” he added. “I think it will really connect.”

At press time, Burris was still coming to terms with their maturing, musical style. “I may just have to take a break from Cap’n Crush,” he said. “I don’t need them to do a bunch of complex, thoughtful songs. I have New Found Glory for that.”