Defend Pop Punk Army in Way Over Their Heads in Syria 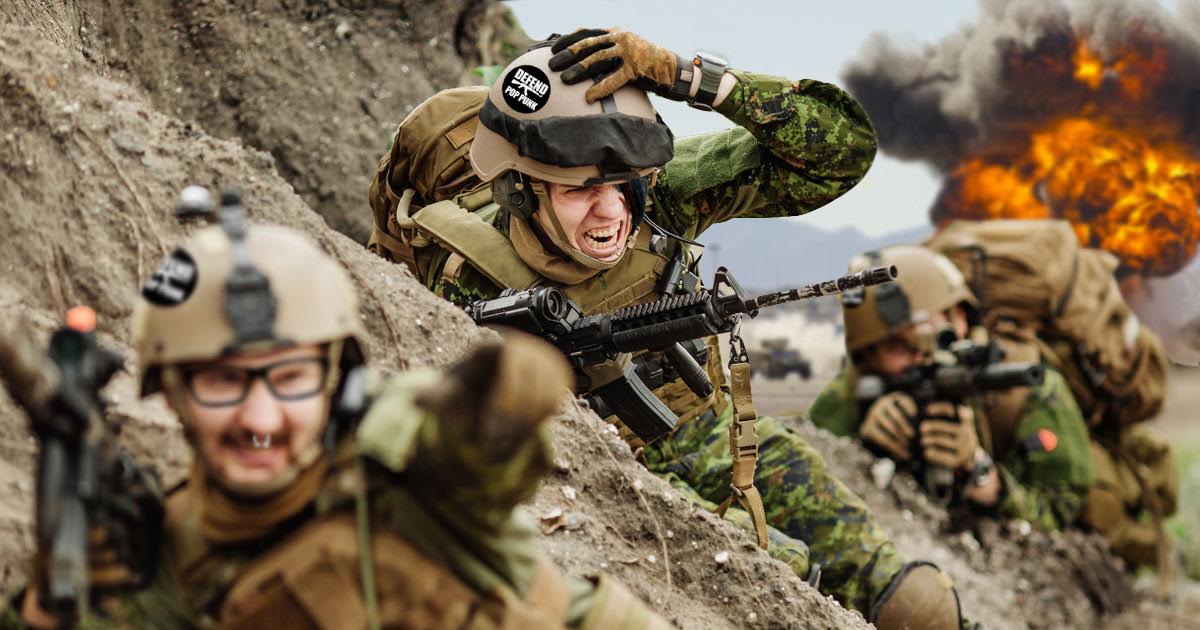 RAQQA, Syria — Members of the popular “Defend Pop Punk Army” Facebook group allegedly got more than they bargained for on a recent mission to the war-ravaged country of Syria, according to transmissions from the front lines.

“We heard there was almost no pop punk in all of Syria, and frankly, we were outraged — these people may never see four guys jumping on stage in unison. It’s a travesty,” said founder Bob Bucciano from a temporary shelter in a former market district. “In hindsight, a lack of palm-muted riffs in four-chord punk songs are the least of their problems.”

Bucciano founded the group in 2010, when pop punk, mall emo, and Syrian governmental stability were all on the decline. His search for like-minded music fans was a success, with over 55,000 Facebook users comprising the group. Similarly, Syrian opposition forces have grown to an estimated 50,000 to 200,000 members in the same timeframe.

“None of us really understood what’s going on here in Syria,” admitted group moderator Marla Jensen. “I asked our translator if the conflict was analogous to the Taking Back Sunday vs. Brand New feud of the early 2000s, but he wasn’t much help.”

Bucciano reported a highly upvoted post in the group led to the mission trip. “The plan was to come here for recon — hand out some Rise Records samplers, price out real estate for an Alternative Press foreign bureau … maybe investigate founding a festival,” said Bucciano, now taking shelter between two bombed-out houses. “The New Found Glory show in Ciudad Juárez was such a hit. We didn’t think we could fail.”

Members of Defend Pop Punk Army tried a variety of tactics to subdue their enemies, including playing genre-defining releases from the past 25 years. Unfortunately, none were successful.

“Once that first RPG hit our base’s neighboring building, I realized that ’90s-era Blink-182 probably can’t help this city right now,” said Jensen. “We want to apologize to Pete Wentz and Fueled by Ramen for their generous donations, because I just don’t see us making much headway.”

Sadly, as the conflict continues, many in the Army are losing faith in the mission.

“It’s a real bummer,” said longtime member Cynthia Powers. “This Facebook group has been the only good thing in my life since I lost my job as Gary Johnson’s campaign manager.”