Opening Band Wishes They Were Done Too 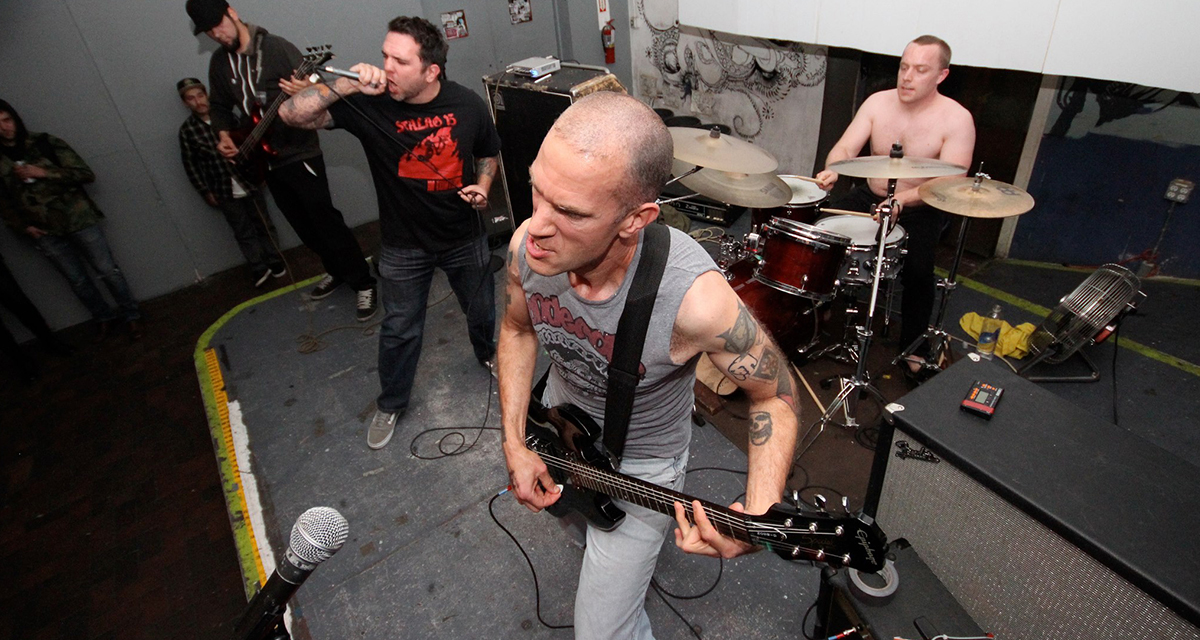 “We should have quit while we were ahead and got off the stage four songs ago. Nobody here knows or cares about us except my mom and our girlfriends. We aren’t even getting pity claps anymore, people are just silently staring at us between songs,” Drummer Gabbi Granger said while singer Adam Hader mumbled the band still had “a couple songs left” into the mic. “At this point, we don’t even know how to quit. We practiced literally everything but letting the next band play. We could probably just turn off the amps and leave the stage, but that feels physically impossible. The longer we play, the harder it’s becoming to stop.”

Anxious crowd member Everett Wilson was kind enough to stand more than five feet away from the bar for the first eight songs, but agrees the unknown band is holding up the line for everyone.

“Supporting the scene sometimes means enduring it, but shouldn’t they be enjoying themselves a little? When I give my dickhead uncle the aux cord, at least he authentically loves listening to Dokken. I don’t think they like hearing themselves, either,” Wilson said while inching toward the exit. “Why are they still playing? Everyone either went back outside or is aggressively refreshing Instagram in the corner. I really hope this set ends soon, because I have to work in the morning and I philosophically can’t mosh until the third band.”

“The concept of a warm-up act began centuries ago when good jesters and magicians realized they seemed even better if they followed a less-accomplished performer,” Cash said while frowning at Horse Hockey Massacre’s Twitch stream. “Openers used to be executed if they displeased the crowd excessively. That seems barbaric, but it might be necessary in this case. I would consider it a mercy killing.”

At press time, Horse Hockey Massacre were still playing even though everyone in the crowd gave up and went home.