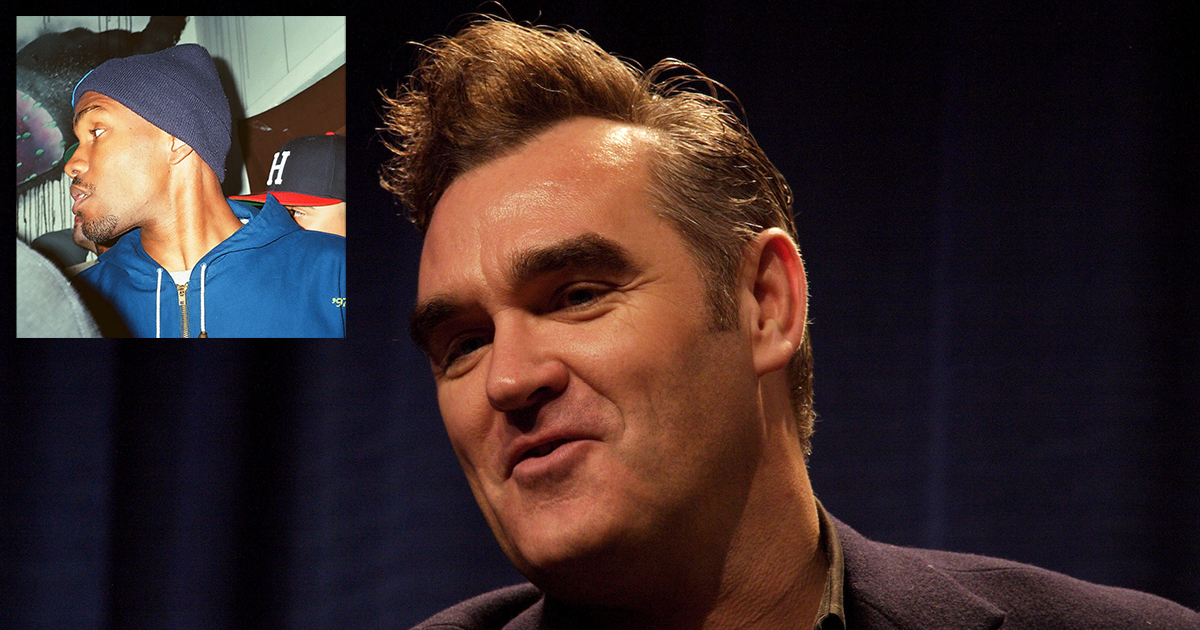 The former singer for The Smiths took to Facebook to explain why he cancelled the performance of a singer he has no connection to whatsoever.

“This is a ghastly state of affairs, and as a similarly seuxally-ambigious, unrequited crooner, I will take it on myself to cancel Frank’s show for him,” said Morrissey, acting as Frank Ocean’s tour manager for some reason. “The venue refuses to stop selling beef jerky, and I happen to feel a little under the weather right now. Those two things lead to the unfortunate cancellation of Frank Ocean’s upcoming show in Los Angeles. I am not sorry.”

Frank Ocean was reportedly shocked by the news.

“To say I have nothing to do with that guy is an understatement,” said Ocean. “But somehow, someway, his ability to cancel performances is now able to transfer between artists. I’m sad he cancelled my show. We’re talking with the venue about rescheduling.”

Officials at Pacific Angels Productions, the promoters for what was to be Frank Ocean’s Los Angeles concert, scrambled to refund tickets to customers.

“This is one of those nightmare situations you never want to happen to you,” said CEO Shaina Howard. “The show was sold out and all set to go, but unfortunately, Morrissey had to open his shit-mouth again. Tyler, the Creator was going to be there, and now he’s got nothing to do.”

“I’m not surprised by this at all. This is just the natural evolution in his legacy,” said former Morrissey fan Leonard Barger. “Morrissey is clearly so bored with cancelling his own concerts, he’ll do whatever he can to cancel any other live musical acts now, too.”

At press time, Morrissey announced he was also cancelling all future productions of the smash-hit musical Hamilton until all performers agree to wear footwear not made from leather.