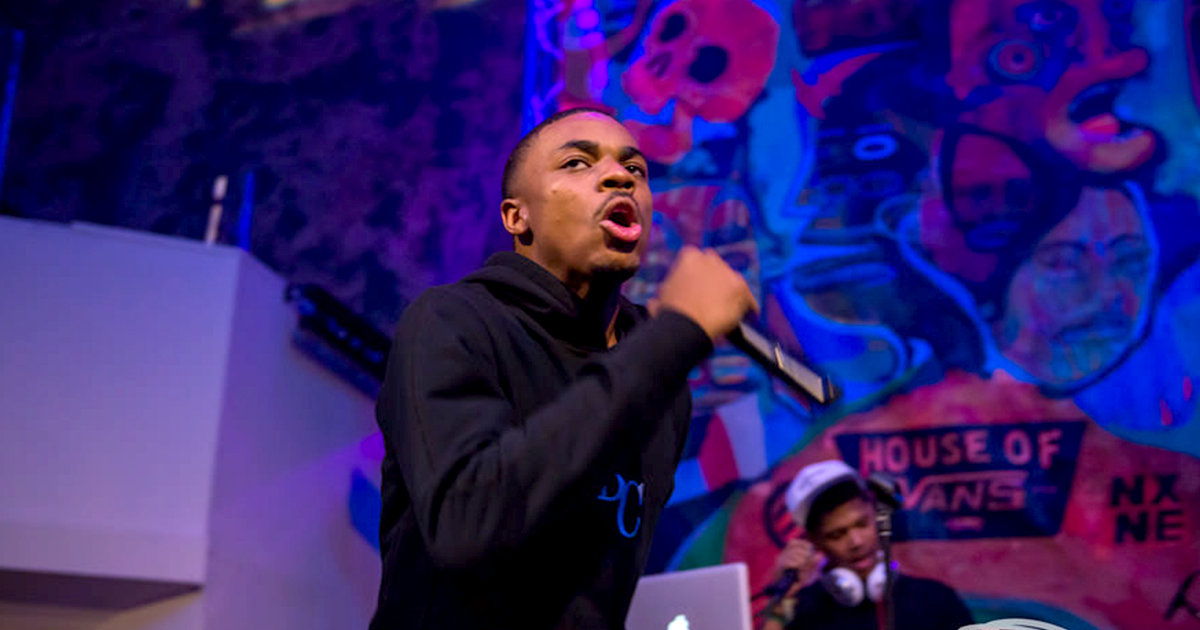 LONG BEACH, Calif. — Rapper Vince Staples was forced to change his moniker to Vince OfficeMax after the completed merger of Staples and Office Depot Inc., the nation’s two largest office supply corporations, according to sources close to the hip hop star.

While fans primarily know him for his bleak street tales and creative wordplay, few know of Mr. OfficeMax’s fascination with professional business goods. He previously legally changed his last name to Staples in 2004 due to his adoration of the company, and his recent single “BagBak” is rumored to have been inspired by Staples Inc.’s expansive collection of SwissGear backpacks.

“I read all of the office supply business trades, and literally no one saw this merger coming,” said Mr. OfficeMax, who just finished his “North American Life Aquatic” tour at the Las Vegas Conference for Commercial Furniture Distribution. “We haven’t experienced such a shakeup [in the world of business products] since 3M bought Cogent Systems in 2010.”

Los Angeles hip-hop has long been influenced by trends in office goods, dating back to Tupac Shakur’s album Me Against The World. Shakur’s 1995 magnum opus has long thought to be an abstract concept album detailing modern man’s struggles against fax machine technology.

“It’s amazing that I get to combine my two dreams: pushing modern hip-hop to new creative heights, and repping some of the finest office furniture and technology around,” said the young rapper. “Did you know OfficeMax is the only retailer that offers GoDaddy web domain service IN-STORE? Shit blew my mind.”

In honor of the merger and Mr. OfficeMax’s endorsement of the company, Office Depot Inc. CEO Gerry P. Smith issued a press release.

“We are beyond excited to continue the synergy with Vince and the hip-hop community as a whole,” read the release. “Whereas Vince OfficeMax’s lyrics reflect the gritty past and present of Long Beach and its surrounding communities, our stores represent the gentrifying tide of marketing startups and drab urban strip malls in formerly economically depressed areas.”

Vince OfficeMax’s name change is the latest in a string of similar corporate-based name changes, including Fiona Microsoft and The Wu-SunnyD Clan.