Fan Brings Earplugs to Morrissey Concert in Case He Talks 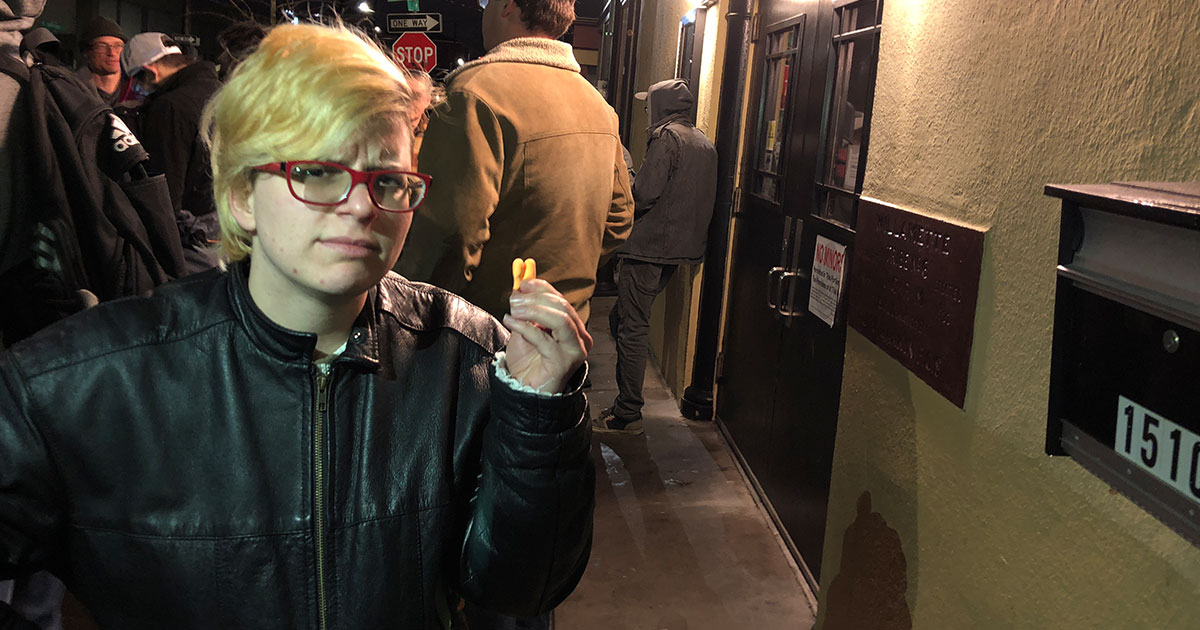 CHICAGO — Morrissey fan Elspeth Carter tucked a pair of earplugs into her jacket last night in prep for his upcoming concert, to protect herself from potentially “harmful sounds” if the aging musician spoke between songs, witnesses confirmed.

“I love Morrissey’s music, but you have to take care of your ears… not from the music, of course. I only put these in if it looks like he’s about to share an opinion,” said Carter, patting her pocket. “I can no longer just ignore the crap he says. I have to try to never even hear it.”

The 28-year-old kept a hawk-like eye on the musician between songs, ready to jam the construction-grade plugs into her ears at any point.

“I have these locked and loaded, just in case he slanders victims of sexual assault again,” said Carter. “But who knows, maybe he’ll take it easy tonight and just say something like, ‘The holocaust was justified because those people ate meat.’ I don’t know. Either way, I’m not risking hearing any of it.”

“Loud music can permanently damage your hearing — anything over 85 decibels is dangerous,” said Dr. Renaldo. “Furthermore, listening to Morrissey talk for more than four seconds can permanently affect your ability to enjoy his music. Without protection, one might go to bed with his words ringing in one’s head, and never sleep again.”

Morrissey fans around the world have taken steps to limit their exposure to the singer.

“I have a Google Chrome extension that shuts down my computer and phone for three weeks anytime Morrissey talks about Harvey Weinstein,” said longtime Morrissey fan Keith Pimentel. “I hope Morrissey actually shuts his mouth soon. I need to check my email.”

In response to the controversy, the audio equipment manufacturer Bose is offering a special deal on their noise-canceling headphones for any customer who uses the promo code “Morrissey” in their online store.