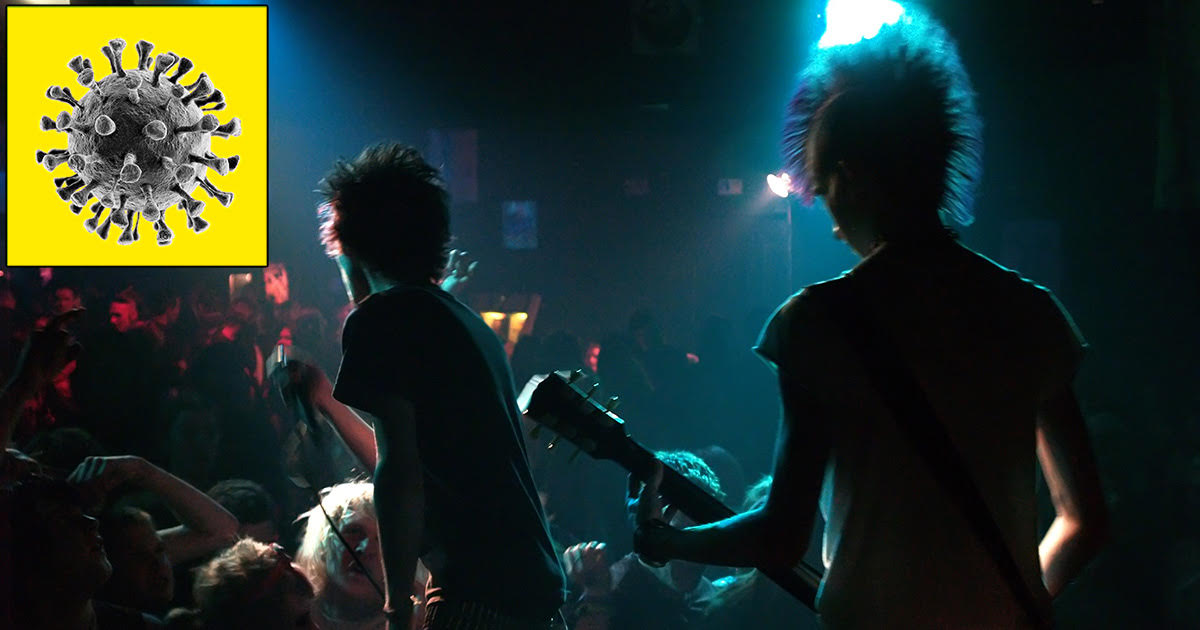 “Our state slogan is, ‘Let the welfare of the people be the supreme law,’ and I have to admit, I have no idea what that means. All I know is that it has the icky word ‘welfare’ in it,” said Gov. Mike Parson. “A lot of venues are struggling right now, so we understand that paying a band in money is tough. But by exposing them to this virus they could make thousands with a GoFundMe campaign.”

“I mean, the best case scenario is that someone will dig the band’s music and buy some merch to jumpstart the economy, but we know that won’t happen,” Parson continued. “It’s far more likely that someone will unknowingly pass along a highly infectious disease that’s currently decimating human civilization on a global scale, the likes of which we’ve never seen before, and will kill everyone who was at that venue, as well as their families. But hey, this is America — we want people to have the freedom to do what they want.”

Consequently, the band voiced their concern about reopening venues too soon.

“I’m super excited about playing live again. I don’t know anyone that has this disease, so as far as I’m concerned it’s not a real threat,” guitarist Jimmy Laderdon said while smoking a cigarette and drinking a Tecate. “We’ve donated plenty of drink tickets to COVID-19 relief efforts and streamed a bunch of Instagram live shows that’ve had several views. So we’ve done our part to help — now it’s time to get back to normal.”

Experts have been speculating on the impact of the pandemic on the economy.

“If we’ve learned anything from this pandemic, it’s that our fragile economy doesn’t work unless it’s disproportionately benefiting corporations, and that means butts in the seats,” said economist Nancy Bendleton. “Sure, you or a loved one might get sick and die unnecessarily, but aren’t you just so bored at home and itching to get back to earning a barely livable wage to avoid a nationwide recession while your state representatives get a free pass? A little exposure to ‘rona is a small price to pay for a thriving economy that mainly crushes the little guy.”

At press time, show promoters announced that, in addition to COVID-19, infectious diarrhea and Ebola were both expected to make an appearance at the event.