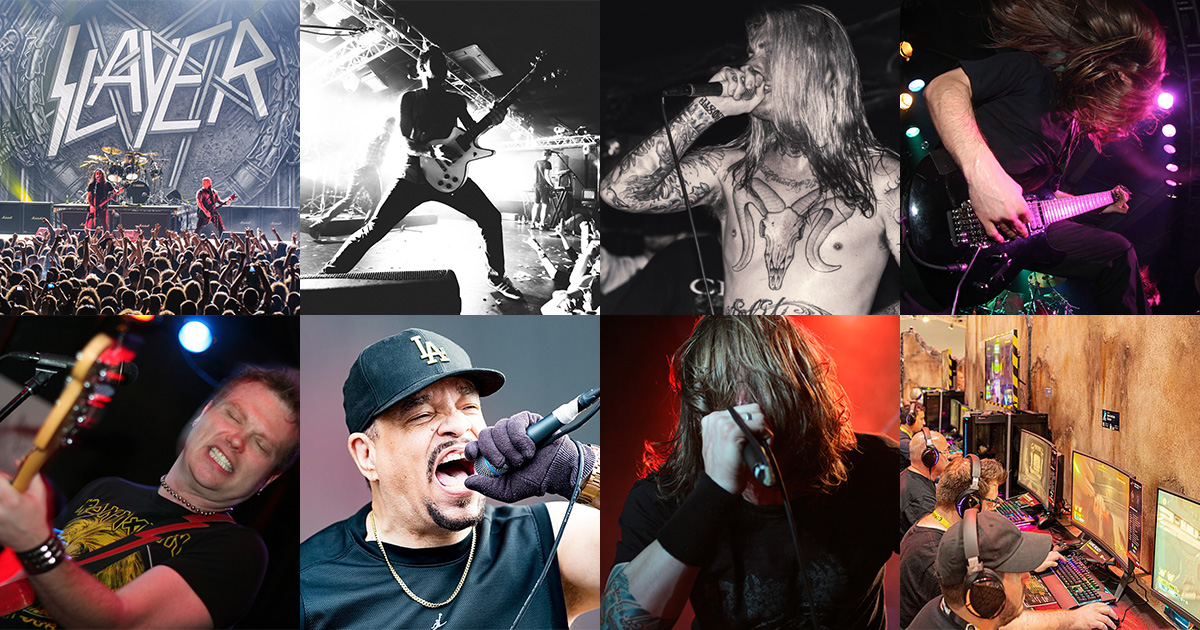 Everyone says how long 2020 has felt, but it seems to have gone by in a flash when it comes to listening to new music. Like anyone else who has ever mentioned metal on the internet, we here at The Hard Times get inundated with metal band recommendations on a daily basis. So based on those recommendations, here are the Top 10 metal bands we’ve been meaning to look into and will totally get around to listening to in 2021, we swear.

10. Vrijheid
This Brooklyn outfit of NYU grads is said to sing in iambic pentameter and reference the works Dutch anarchist Ferdinand Nieuwenhuis. I dunno, I just feel like I have to be in the right headspace to experience this album and, with the election and everything, I just didn’t feel ready for it. Maybe in another eight years or so I’ll get into that headspace, as long as nothing comes up between now and then.

9. Your Band
You’re right. Out of the hundreds of bands recommended to us, the one that will probably make it big that we will have missed the boat on will be your dumbass band. Seriously, do you know how many new bands we have to pretend to listen to before we pretend to listen to yours? Too many to waste time placating your feelings. Moving on!

8. Slayer
Ok, right. Big blindspot on our part but they have such a big catalog, where do we even start? Plus, every time we decide to give them a chance we remember all the Nazi iconography and it vibes us out. Then it all dies down and we just forget about them entirely. We swear we’ll give them a serious listen in the year of the Ox.

7. Ghostmane
We heard about Ghostmane from our little sister but we stopped listening after she said the word ‘drip.’ Then the mainstream music press started talking about him and we didn’t want to look like a bunch of poser sellouts so we’re writing about him anyway. Honestly, we’re old and it’s probably better for our image if we just don’t touch this.

6. DOOM Eternal
We thought this was a band for the longest time and were waiting for an EP to drop. Turns out it is a video game. The game was fun though! 8/10

5. My Heaven Is Eternal and I Wish You The Best Of What Hell Has To Offer
I was super excited to listen to this Portland, Oregon doom outfit but I totally forgot their name and spent the better part of a day Googling variations but came up empty. I typed their name into a note on my phone so I won’t forget next time around.

3. Tzzt
My Spotify history shows that I listened to this drone band from Italy at least three times but I have no memory of it. I put it on an hour ago to refresh my memory and I woke up an hour later on the floor with no idea how I got there.

2. Nikibi
This Japanese speed-metal band has a huge buzz going online. I was going to listen to them but then I remembered that I was in the middle of a Dragonball Z rewatch from earlier this year and decided to pick it up again and well, that is all I’ve done the past week.

1. Winterfylleth
Not gonna lie, didn’t even realize this was a band. We thought it had something to do with Game of Thrones, which we also haven’t checked out. That’s right. We’re that guy. We shoehorn how we haven’t watched “Game of Thrones” into every aspect of my personality. But yeah, I’ll check ‘em out, sounds good.