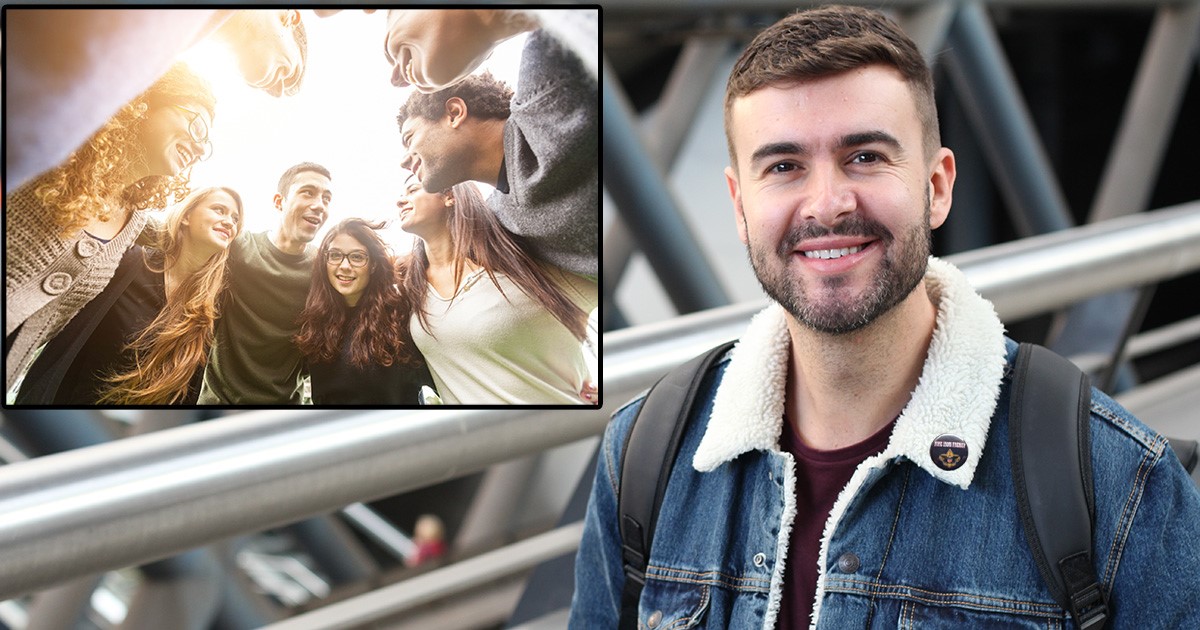 ISLAND PARK, N.Y. — Adult punk with a secret, Christian past Steve Phelan is referring to his old church youth group as the “local scene” in which he grew up, suspicious sources confirmed.

“In my hometown, I never felt like I fit in as a kid — that is, until I became a part of my scene. Before that, I was like a lost sheep… or, any kind of lost animal, really,” said Phelan. “I’ll never forget those Friday night lock-ins at the church basement, which, uh, is what we called the venue. And, of course, the music. Like the time I sang gang vocals on, ‘Go Tell It On The Mountain’ with Pastor Dave. I mean, just Dave.”

“Steve loves to go on and on about how tough his local scene was, but none of it adds up. Like, one time, he told me about this ‘badass straight edge dude’ who beat the shit out of ‘money-changers’ that were lurking around the venue bathroom,” said Almir. “But, like, that’s literally a story about Jesus from the Bible… and that dude wasn’t edge. His blood was wine — that’s a huge edge break. Steve even screwed up and accidentally referred to his story as a ‘parable’ several times. I would’ve called him on it, but then I’d have to admit I knew that Bible verse… thus, outing myself as a fellow former church kid.”

Current youth pastor and former classmate of Phelan Thomas Whitehead was happy to hear Phelan had “found his place” in the punk community.

“I’m not familiar with punk rock, but let me see if I understand this correctly,” said Whitehead. “A punk scene is a small community of people that support and care for one another despite their differences, while also providing wayward souls with a sense of belonging? And many of these so-called ‘punks’ don’t engage in drinking, drugs, or promiscuous sex? Are you sure this isn’t a Christian-affiliated organization?”

At press time, a visibly anxious Phelan was praying his new punk friends never discover his “real” Facebook account, which features dozens of photos from his summers at “Praise Camp.”