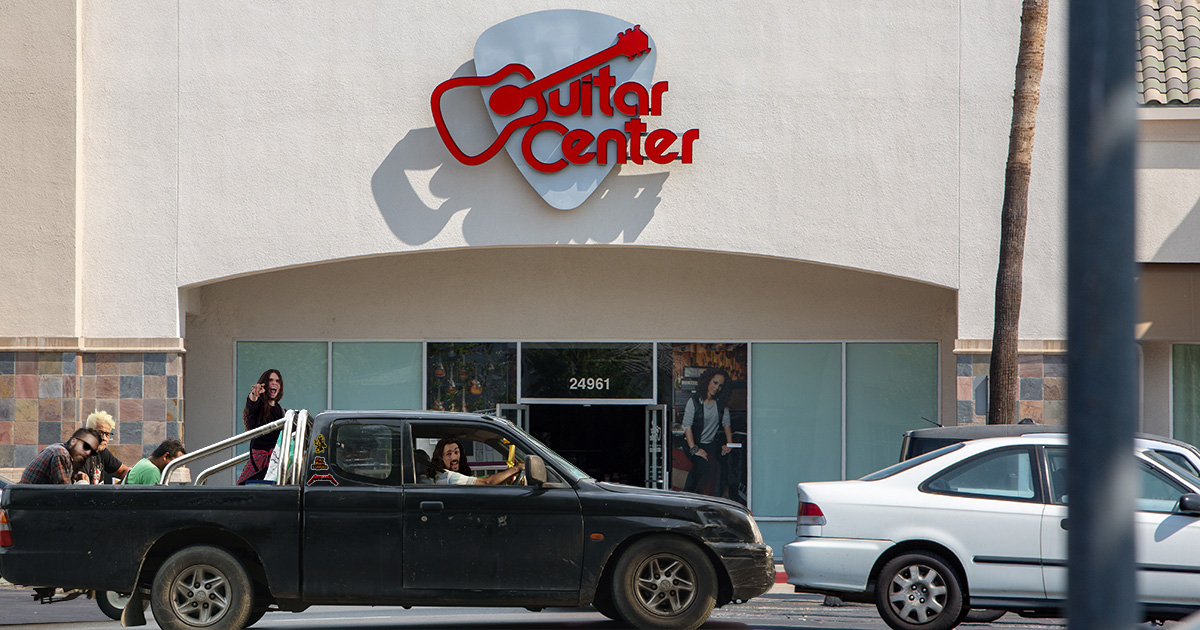 “I’m working on a new album, and could use a couple extra hands: guys who aren’t afraid of a good, honest day’s work,” Kuraczewski said, as several goateed men climbed into the back of his pickup truck. “I can handle most of the overdubbing myself — I just need some help with the heavy lifting on the basic tracks. And maybe we’ll knock out some gang vocals, if we have time.”

“Sorry, guys,” Kuraczewski told the remaining out-of-work musicians left on the curb. “I don’t need keyboards today. I’m sure someone else will be along soon.”

Kuraczewski acknowledged the dangers of forgoing professional session musicians in favor of the cheap, unskilled labor waiting outside the music megastore.

“It’s always a gamble hiring people on such short notice, with no vetting or background checks,” Kuraczewski said. “Some guys might wait until there’s a guitar in their hands to tell you they only do stage lighting. Or even worse, they’ll try to play you one of their own songs. But that’s the trade-off that comes with this kind of rush job.”

Jeremy Peterson, a 46-year-old father of three, shared his story that ultimately brought him to the Guitar Center parking lot.

“Times are tough — Craigslist ads and ‘musician wanted’ fliers have all dried up. I never know where my next jam session is coming from,” he said despondently. “I play ‘Crazy Train’ for my kids, and they just stare at me like I’ve let them down. I gotta find a real album to work on to feed my family, you know?”

When told of Peterson’s story, Kuraczewski defended himself against accusations that he was perpetuating the current music industry climate.

“I try to offer them a fair hourly wage, but the truth is, most of them would probably do it for free,” he said. “Half of these guys are standing outside because they’re not allowed in the store anymore.”

At press time, Kuraczewski was in his garage and struggling to manage the group, who had launched into a cover of “Smoke on the Water.”