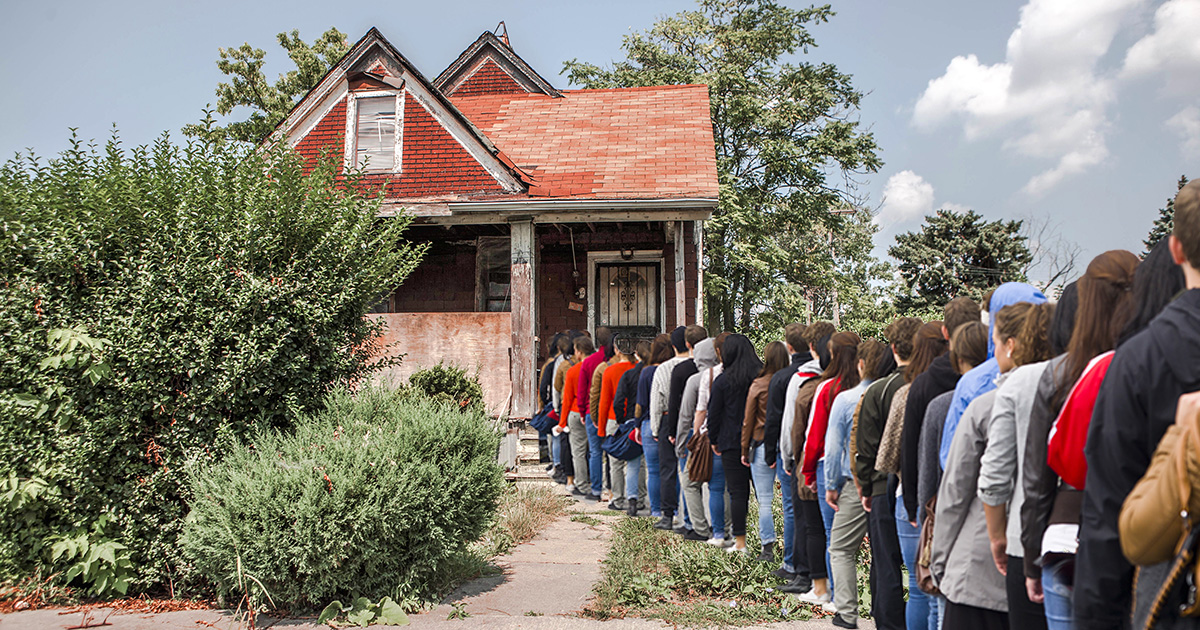 AKRON, Ohio — New local venue The Roach Trap has set the DIY punk scene ablaze with its endless amenities, including a kitchen, bedrooms, and the fact that it is a house, numerous excited sources confirmed.

“This rustic, mid-century modern boasts three beds, two and a half baths, and a fully appointed kitchen,” read a former real estate listing for the venue. “The spacious combined living/dining area is great for entertaining: a perfect starter home for any young professional.”

Since opening, the venue has become a favorite for musicians — not just for local acts, but for touring bands as well, thanks to its convenience.

“It’s fucking great not having to eat fast food or beg the audience for a floor to crash on,” said Magnetic Force bassist Nick Andrews. “It’s almost like being in somebody’s home, but without the awkwardness or need to clean it up afterwards. Just the chance to be out of that fart-filled tour van is amazing.”

Fans have also quickly fallen in love with the humble venue for its strong community feeling, amenities, and intimacy.

“Going to shows here reminds me of high school parties at a friend’s house, when their parents aren’t home,” said local punk Jeffrey Barry. “You’re on the same level as the band, and can really reach out and touch them. Plus, like, in the middle of a show, you can go to the kitchen and make flautas or some shit.”

Others, however, are less enamored with the venue’s unorthodox nature.

“I mean, yeah… it’s a fun enough place, but there are some things about it that are really fucking weird,” said showgoer Shana Matthews. “Like, for one thing, it’s in the middle of a neighborhood with a bunch of houses. And if you try to stay the night, the school buses wake you up in the morning.”

The venue’s owner, Brett Conrad, is somewhat mystified by its popularity, but welcomes it nonetheless.

“I mean, it’s a house, not a venue,” Conrad said. “They just use it as a venue. But now that it has all these holes in the wall, and the body hair of 100 different band dudes in the shower drain, no one really wants to live here. So, I guess it’s like this forever now.”

At press time, several “For sale” signs were spotted in properties surrounding The Roach Trap.