Hardcore Guy’s and Metal Guy’s Eyes Meet as They Both Yell “Go!” While At The Gates Plays 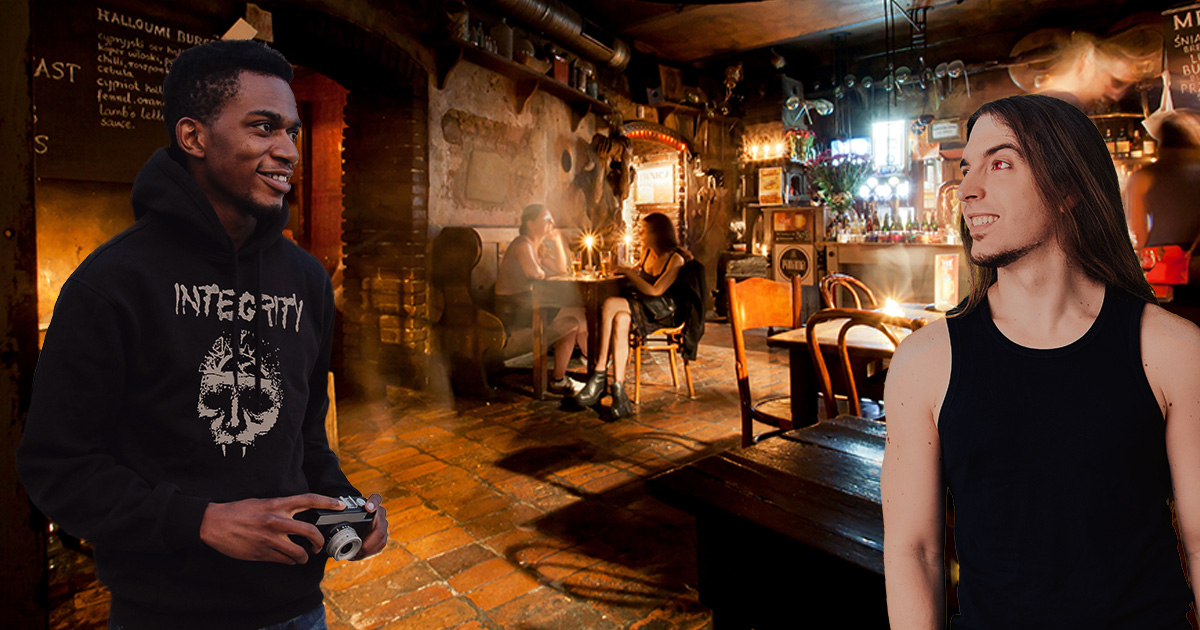 BALTIMORE — Hardcore music aficionado Steve Settler and metalhead Jasyn Moore shared a tender moment when they simultaneously yelled “Go!” while listening to “Slaughter of the Soul” over the PA at a local dive bar, wistful sources confirmed.

“I thought it was going to be a pretty shitty time when my friend dragged me out to this metalhead bar on a Thursday night. The place was filled with a bunch of corny dudes with tribal tattoos and long hair yelling stupid shit like ‘Fuck yeah, Ozzy rules’ at each other. They had filled the satellite jukebox with all their wizard and wanker guitar solo shit and it was driving me insane,” said Settler. “Then, something magical happened. That sweet opening to ‘Slaughter Of The Soul’ started, and right at that pinnacle moment, I saw Jasyn from across the room. We both shot our hands in the air. ‘GO!’ Go indeed, my friend.”

While bar patrons were amazed to see a connection between the unlikely pair, no one was more surprised than Moore himself.

“When I saw this dude walk in with his Integrity shirt I figured he was about to start trouble. But after our moment, I realized how much society has manufactured tribal prejudice. And it’s not only in music genres. Cognitive bias distorts my entire worldview. I’m now free to hang with Steve five times a week,” said a starry-eyed Moore. “Our relationship isn’t perfect. He’s straight edge and I’m drunk every single day. He doesn’t like D&D and I don’t want to train Brazilian Jiu Jitsu, but we make this friendship work. Most importantly, we learn from each other. Thank you so much, At The Gates.”

Baltimore Hard Music scene chairman Leonard Backlin hopes this is a sign of similar allegiances to come in the future.

“I have spent years trying to find common ground between these two of the larger hard music subcultures. I would argue that the damn guitar riffs are basically the same, so they should be natural friends. But I was met with satanic mumbo jumbo and a haymaker punch. Some things you can’t force,” said Backlin. “To see this happen organically warms my soul. I’m now randomly walking into spots and playing At The Gates. Next week I’m going to try some later-era Throwdown. I’m excited to see how that goes.”

Settler and Moore were unavailable for further comment, as they were busy enjoying an espresso at a cat cafe.