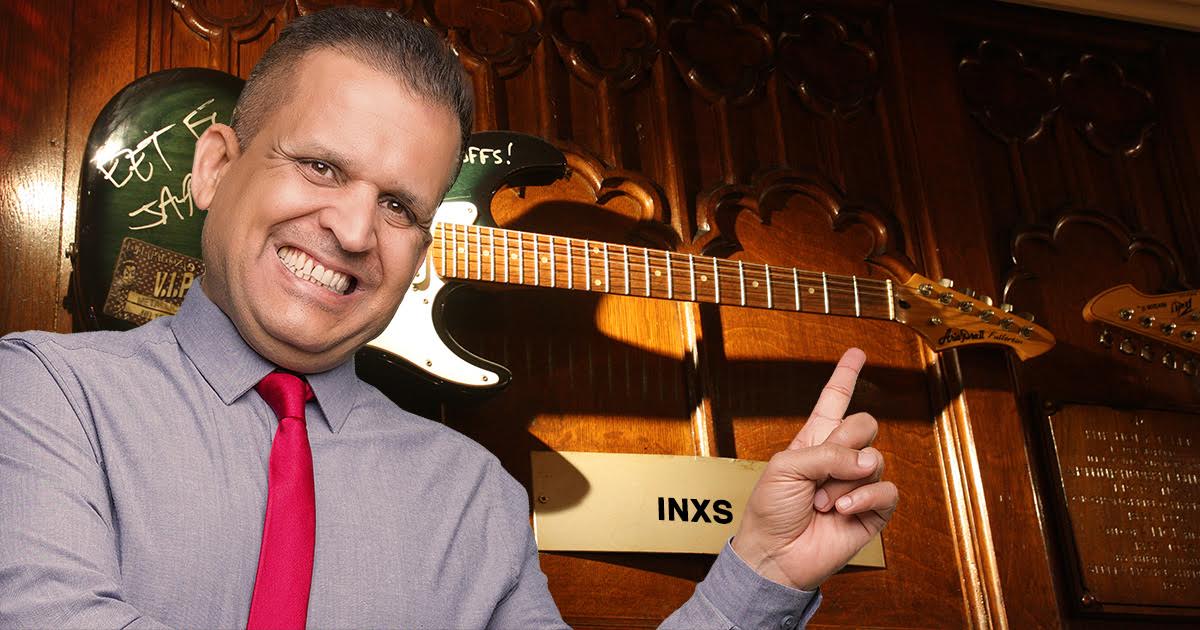 MYRTLE BEACH, S.C. — Hard Rock Cafe Manager Kyle Neeson offered the chance to hold the INXS guitar hanging in the women’s bathroom to departing Hard Rock customers in exchange for a jump after realizing his car battery had died, according to sources who have somewhere to be, sorry.

“This is actually a big Hard Rock no-no,” explained Neeson, who was covered in engine soot from trying to fix the dead battery by hand. “I’ve been the manager here for fifteen years and they don’t let me touch anything. However, I have insider knowledge that the lock on the case holding the ladies room INXS guitar is compromised, and I think I could probably get it loose. This guitar was played on the 2002 Just For Kicks Tour by Kirk Pengilly, the guitarist for INXS, so in exchange for the 30 seconds it takes to jump a Honda, you’d be a fool to turn down a deal like this.”

Cafe patron Justin Kelly heard Neeson’s plea as he and others exited the restaurant, but decided against providing aid.

“This guy started babbling about a guitar in a bathroom or something,” said Kelly, who seemed halfway between annoyed and angry at Neeson’s proposition. “I’m pretty sure he needed his car jumped but I couldn’t figure out what the fuck anything had to do with INXS. It’s like, dude, call AAA, dickhead. See if they give a shit, because literally no one out here gives a fuck about your toilet guitar. I’m fucking shitfaced.”

AAA technician Jackson Young was sent to assist Neeson with this dilemma after the manager watched as every single car exited the Hard Rock Cafe parking lot.

“I got a call around 11:30 from someone needing a jump. The guy kept asking if I’d be interested in a trade and insisted I walk inside to hold a guitar that belonged to a band I don’t know,” said tow truck driver Young, of Kevin Young’s Towing in Myrtle Beach. ”This kind of stuff happens all the time. I had to repo some lady’s Hyundai the other week and she kept offering to let me hold her baby who was once held by Depeche Mode vocalist Dave Gahan if I’d ‘look the other way’ for a couple more days. You meet some cuckoo clocks working around here at this hour, but this guy is a true cuckoo.”

When reached for comment following the jump, Neeson’s wife informed us he was “resting and could not come to the phone.”