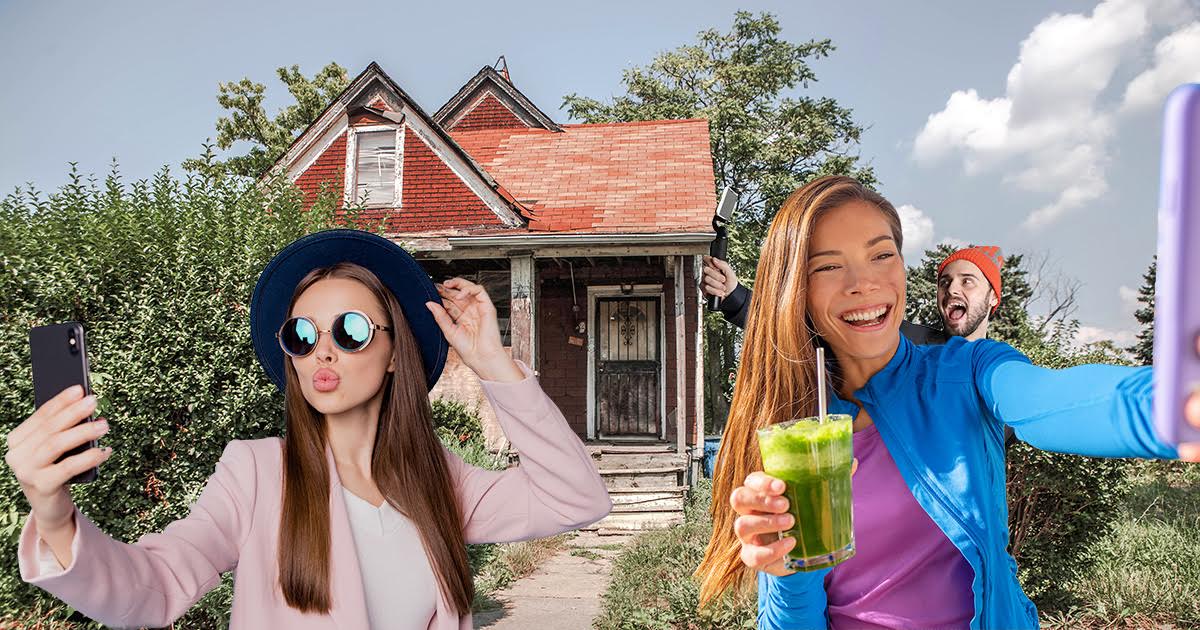 BROCKTON, Mass. — Tenants of local punk house The Bunker were outraged this past week as they were evicted from their home only to see it repopulated by Twitch streamers and TikTok influencers, confirmed neighborhood residents who are unclear if this is for the better.

“It’s just such dog shit. We’ve been here for over a decade. The landlord just walked in one day and said since we haven’t paid rent in 16 months that he’s allowed to kick us out. I tried telling him that rent is theft, but he didn’t listen and he refused to read the anti-capitalist zine I spent weeks working on,” exclaimed former resident Steve “Pooch” Earle. “Whatever yuppie shitheads they shuffle in there are gonna ruin everything it stood for. I bet they’re gonna try to get rid of all our pets, like the cats that took over the second floor, or the raccoons under the front porch, or even the squirrels that live in the walls.”

Current resident Blaine Hossier, however, seems to be thoroughly enjoying his new home.

“The aesthetic is something we were all immediately attracted to. It was so retro and punk chic. Like in a Goth Money Records meets ‘Trainspotting’ way,” explained the Scooby Doo deep dive video essayist. “The backyard is so overgrown that it’s a great setting for products that make us look like we love the outdoors. We’ve tried to make a couple improvements; we have a chore wheel that’s a cute showpiece, but it’s mostly just to decide who’s turn it is to tag the wall in the basement for the next photoshoot backdrop.”

“Those punk pieces of shit actually moved out? Shit, could’ve fooled me,” a surprised MacKinnon said. “All I’ve really noticed that’s different is there’s a hell of a lot of packages being delivered to the apartment now, some of them seem like they’ve showered, and occasionally they seem to dance on the front lawn. In any case, they still don’t clean up a damn thing and it’s extremely loud at all hours.”

The punk scene was recently dealt a similar blow when the only punk bar in town was overrun by self-proclaimed “tech entrepreneurs” and suddenly became an overpriced cocktail bar.