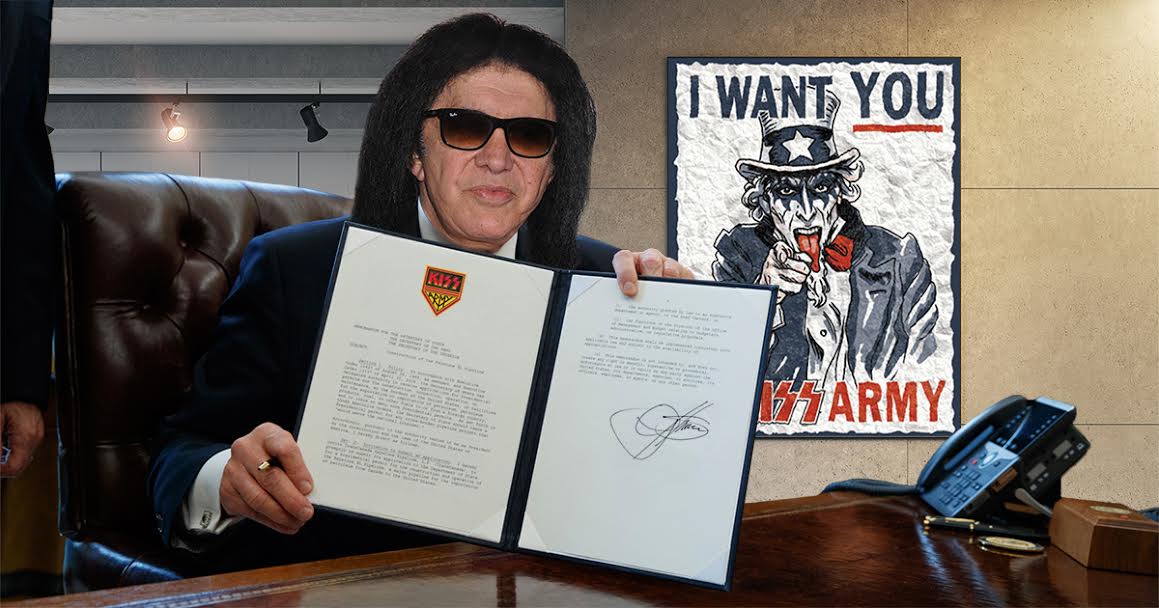 “Our Army must be focused on rocking and rolling all night, and partying every day,” said Simmons. “We can no longer be burdened by the tremendous costs of transgender members of the KISS Army. Our makeup budget is through the roof as it is.”

According to a recent survey, there are currently over 400 transgender members of the KISS Army worldwide — a fact that Simmons is either unaware of, or completely unsympathetic to.

“It’s a total slap in the face,” said Shan Stevens, a trans member of the Army who has served since 1979. “I enlisted when Dynasty hit record stores — not a great time to be serving in the KISS Army for anyone, let alone trans people. While so many members burned their patches and renounced their time in the service, I signed up specifically because of the disco beats and androgyny. Almost 40 years later, this is the thanks I get?”

The ban was a shock even to KISS guitarist Paul Stanley, who claimed Simmons never consulted him, nor the other members of the band.

“To reject potential members based on these grounds goes against every value the KISS Army has stood for. This just shows that Gene is more out of touch with the troops down in the trenches, and on the streets; in Detroit, and all the way to Los Angeles, baby,” Stanley told reporters. “As of right now, there is no official plan to ban anyone from being a knight in Satan’s service. Anyone who wants to pick up a Love Gun and serve should have the opportunity to do so.”

“There’s really no other way to put this,” added the visibly upset Starchild. “What Gene said simply does not rock.”

Former KISS drummer Peter Criss also weighed in, noting that transgender people are always welcome to join his breakaway faction of the KISS Army, known as Criss Corps. However, at press time, the number of those enlisted in Criss Corps was still in the single digits.

Pick up a new shirt today: