FUCK: Nobody In The Band Owns A Printer 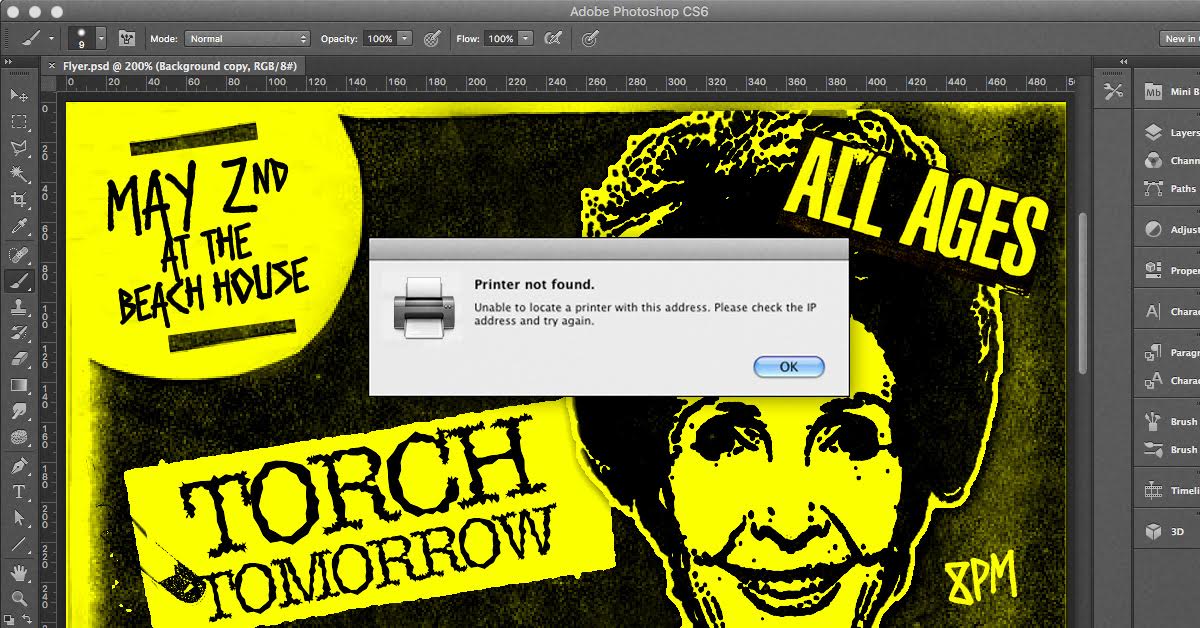 KNOXVILLE, TN – A local band is in a race against the clock to distribute flyers for their upcoming gig. The only problem: fucking nobody has access to a goddamn printer. Can you believe that shit?

“We’re fucked,” says Sarah White, vocalist for Torch Tomorrow, the Knoxville hardcore group in need. “We promised Andy at the Beach House that we would take care of printing these fucking flyers, so we could make up for last month when Kurt got drunk and punched a hole in the ceiling during our set. It seemed like a fair trade at the time. But it’s 2016. Why would any of us own a cock-sucking printer? If we can’t get this shit figured out we might never get asked back.”

Sources say that no members of Torch Tomorrow, nor any close friends or family members, have the ability to print from home. Even worse — all members of the band have been banned from the local Fedex-Kinko’s for stealing copies in the past.

“Yeah, we really fucked ourselves up the ass on that one,” White said of her band’s relationship with management at the local printing shop.

The band’s bassist, Tyson Parks, purportedly had an old laserjet printer stored in his garage, but upon further inspection the machine proved to be out of bullshit toner.

“Toner costs like 70 fucking dollars. I play in a punk band, only Mark fucking Zuckerberg can afford that shit,” said Parks, staring angrily at the worthless printer.

While many people faced with this situation would attempt to use a printer at work, Torch Tomorrow does not have this option, as drummer Kurt Dickson is already on notice for using the office printer to publish copies of his punk zine, Cock Punch Quarterly. Sadly, the rest of the band has even fewer prospects at work.

“Our bassist drives a food truck. Our guitarist is on fucking disability, somehow. I work for my mom, but she’s being a real tyrant with her precious little inkjet printer. Apparently printer ink costs more per ounce than human blood? Christ,” added White.

At press time, the band was seen making a last-ditch effort to save their relationship with the venue by driving to the next town over and printing the flyers (which depict Nancy Reagan facefucking Hitler) at a different Fedex-Kinko’s branch. Witnesses report that the store’s industrial-sized copy machine has so far been unable to read White’s USB thumb drive, giving her the message, “ERROR: incompatible file system in port 2.”